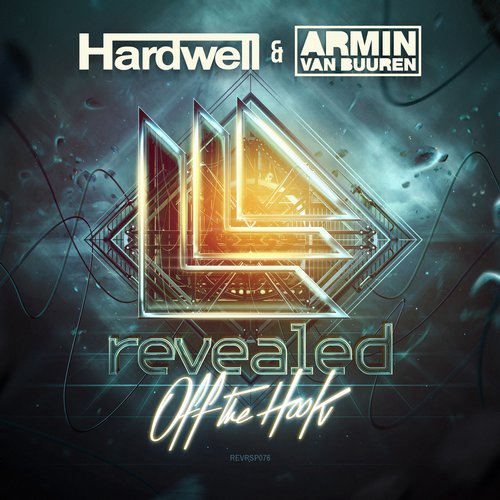 It’s not often that two of the world’s biggest electronic dance music DJs and producers join forces on a club track capable of wreaking havoc whenever it’s blasted from high-powered, high-fidelity soundsystems. This is one of those rare instances. Today, GRAMMY® nominated artist, Armin van Buuren, and two-time DJ Magazine “#1 DJ” Hardwell, release their new clubland collaboration, “Off The Hook” (Armind/Revealed).

The Original Mix welcomes the listener with a cheerful, percussive horn on the intro that builds to a tantalizing, teasing synthesizer lead, instantly recognizable by anyone who’s attended an electronic dance music festival this summer. This was a monumental track of the season that received a reliably massive reaction every time Hardwell or Armin played it. At one point, the tempo slows seductively before ramping back up to full-throttle again and club-goers can feel sonic showers raining down on them, as the whopping chorus crashes overhead.

Armin and Hardwell take their craft and their profession seriously, but they don’t take themselves too seriously. They like to have fun and let loose, just as those in their audiences. A self-proclaimed “nerd” who can easily lose track of time while creating music in his recording studio, Armin has been a long-time fan of the Star Wars franchise. For his part, Hardwell has also been long enamored of outer-space, even naming one of his earlier tracks, “Spaceman.” It should perhaps come as no surprise, then, that the official music video for “Off The Hook” presents Armin and Hardwell as animated action figures with a high-tech space theme, with actual figures modeled after the music video characters available for sale in a very limited quantity. Though the music video may depict Hardwell and Armin as android-like beings, as performers here on Earth, Armin and Hardwell are each devoutly passionate about music as only artistically obsessive humans can be. Their live performances as DJs are each individually a nonstop vortex of movement, high-energy and well-earned sweat.

Hardwell said of the single, “It was great to finally work together with Armin and manage to produce one of the most unexpected collaborations!” Armin and Hardwell are like superheroes to their own legions of dance music fans and their music is, indeed, out of this world.

Listen to Hardwell & Armin Van Buuren – Off The Hook (Original Mix) below.