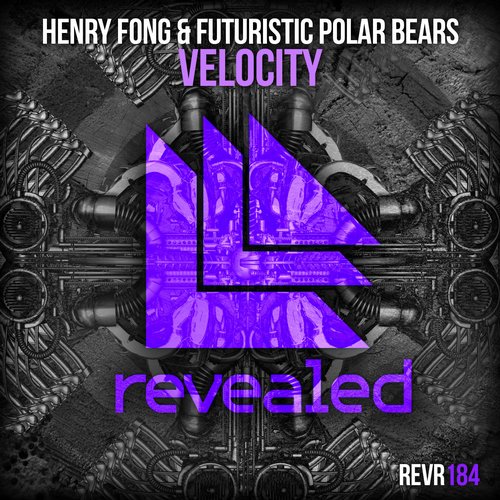 UK trio Futuristic Polar Bears and California based producer Henry Fong are both familiar names on the Revealed roster, but now they’ve jumped in the studio together for the first time to create a mainstage monster in the shape of ‘Velocity’.

As the name suggests, this one has plenty of energy, and between the stompy percussion and searing synth riffs, ‘Velocity’ is designed to get your feet moving. It’s not all about firing out a peak-time banger though, as the melodic side to the track should get the goosebumps going, a meaningful touch that shows these guys know how to kick out an epic tune as well as generating some dancefloor destruction. ‘Velocity’ has already been causing some serious excitement since debuting on Revealed Volume 6 earlier this year, and its a trend that looks set to continue over the summer.

Both camps have plenty of live shows coming up over the next few months, with Henry Fong keeping things covered across the Atlantic, including an appearance at Life In Color in Orlando, while the Futuristic Polar Bears are keeping things locked down on the European circuit, with shows at Eden Ibiza and Mint Festival to name but a few. One thing is for sure – ‘Velocity’ is set to get plenty of airing, so be sure to catch it live if you can.

‘Velocity’ is out via Beatport.