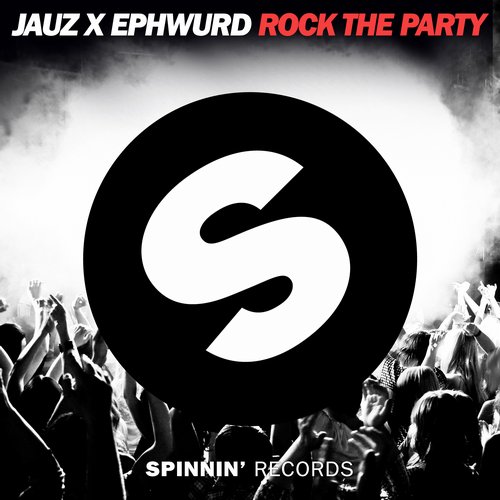 Jauz & Ephwurd have teamed up for a huge club track, aptly titled ‘Rock The Party’.

The record is a big wave of energy, featuring enticing vocals and exactly the trip through electro, trap and furious house music you’d expect from this newly born collab. Out now on Spinnin’ Records, it’s an anthem with all the elements of an instant classic.

For a while, Ephwurd consisted of two unknown producers, known for their solid house flavours presented with recent single ‘Just Us’. As of this week, it’s been revealed Ephwurd is a collab between bass music heavyweights Datsik and Bais Haus, using this act as an outlet for their more housey adventures.

Brought together with LA producer Jauz, something unique has turned out. Known for his bass heavy tunes (including an impressive remix of Major Lazer’s ‘Lean On’ together with Dillon Francis), he simply seems to be on fire lately. Following a string of blazing festival gigs, here Jauz brings the heat together with Ephwurd, resulting in a definite crowdpleaser called ‘Rock The Party’, already supported by artists like Tiësto, Martin Garrix, Hardwell, Skrillex, Axwell & Ingrosso, Knife Party, Dimitri Vegas & Like Mike, DJ Snake, W&W, David Guetta, Steve Aoki and loads more..

Listen to Jauz & Ephwurd – Rock The Party (Original Mix) below.