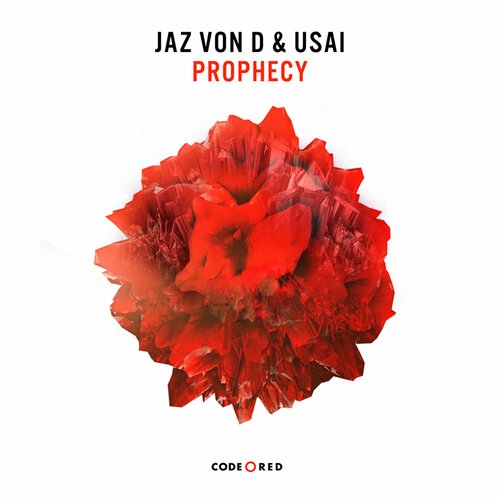 For a few months there has been a major buzz around Prophecy by Jaz von D and USAI.

From the moment Hardwell played it as an ID in his EDC Las Vegas set, everybody wanted to know who, what, where and when. When also Steve Angello started to support this secret track the buzz only grew harder. Well, now it’s time to unleash this beast on Code Red. Prophecy is here! Jaz von D, born and raised in the Netherlands, almost grew up in the club and has been in love with the groove since he started performing almost a decade ago. He stayed true to the sound he loved and that got him releases on Revealed, Ultra, DOORN and Armada Trice. And we aren’t even mentioning the support from the likes of Steve Angello, Sunnery James & Ryan Marciano and Hardwell.

Italian DJ/producer USAI is a fresh name in the industry. Recently he produced a massive remix for Paris & Simo on Armada Trice. The follow up came at AVANT/GARDE called LOTVS. This release got big support from DJ’s such as Daddy’s Groove, Benny Benassi, Sick Individuals, Promise Land and Merk & Kremont.

Prophecy is a hard hitting, but at the same time groovy track, with a powerful drive that sets every festival and club ablaze. During EDC, Ultra and Tomorrowland the crowds couldn’t withstand the heavy kick and bassline which made them dance. Prophecy eases down a bit in the middle with a beautiful and bit emotional break by adding some classic elements. But it’s a break, and it builds up to the next heavy drop that will blow many people their minds once again anywhere in the world!

With early support from Steve Angello, Hardwell, Dannic and Mr. Schössow himself, you don’t have to be a prophet to know that Prophecy will become one of the big anthems this year. So don’t spread the word, but fulfill the Prophecy this time!