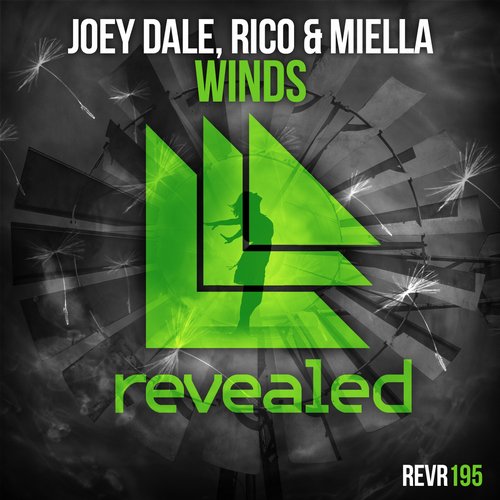 Built around the luxurious vocals of Miella, Joey constructs an elaborate, multilayered hurricane of sound to elevate the beautiful vocal track to a heavenly place. An energetic, kinetic and poignant slice of progressive house, Dale, Rico & Miella combine their respective skills to craft a track that is equally indebted to the signature titanic sound of Revealed and the classical flourishes that Rico & Miella specialise in.

With vital support already gathered from label boss Hardwell, with whom Dale released the exquisite ‘Arcadia’ with, as well as the aforementioned Asia tour on the cards for September, Joey Dale’s profile can only grow and blossom during the remainder of the year. With this track he clearly states his ambitious intentions and demonstrates his skill in a new musical territory. Catch Joey on the way up, ‘Winds’ is available on Beatport now!