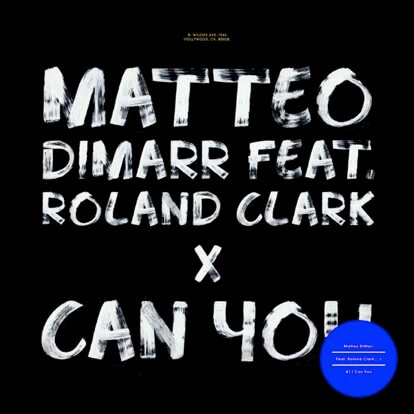 Featuring Roland Clark ‘Can You’ is out now on Beatport and all other platforms on February 19th.

‘Can You’ combines modern elements of electro with classic aspects of house to create a forward-thinking groove. It’s most notable for its sampling of house legend Roland Clark, whose hypnotic speech recalls the spirit of early house music. Matteo DiMarr’s production aims to underpin rather than shadow the vocals in the main body of the track, before launching into a thudding bassline and low-pitched synth melody.

With his first release in 1991, Matteo’s career has spanned over three decades and his productions have previously topped the singles charts in France and Canada, as well as the Beatport House charts worldwide. Also the owner of highly respected label Jinxx Records, Dimarr continues to shine as an artist and curator.

Listen to Matteo Dimarr feat Roland Clark – Can You (Original Mix) below.