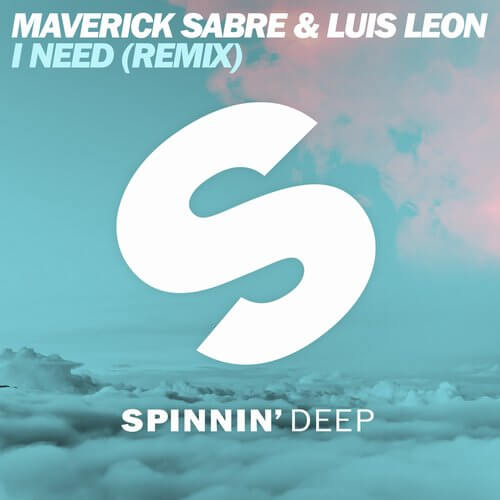 It’s been a key track on many DJ’s deep house set for a while now, but today Luis Leon’s take on Maverick Sabre’s ‘I Need’ has finally seen its official release. Hot on support from artists like Robin Schulz, Sam Feldt, EDX, Lost Frequencies, Michael Calfan, Pete Tong, Danny Howard and many more, the track is destined to become an early 2016 dance anthem.

Known as a unique singer-songwriter, English-Irish artist Maverick Sabre has released a series of impressive singles since his breakthrough in 2010. This included ‘I Need’, a popular song from his 2011 debut album ‘Lonely Are The Brave’. Recently, renowned Peruvian deep house producer Luis Leon took his hands on this release, leading to a long anticipated release now on Spinnin’ Deep.

The track has turned into a wonderful dance floor version of Maverick Sabre’s inspirational song. Here, the incredible vocals get intertwined with sweet organ melodies and subtle deep house rhythms. There’s nice melodic effects and a laidback groove, bound to make the sun shine everywhere this tune gets played.

Listen to Maverick Sabre & Luis Leon – I Need (Remix) below.