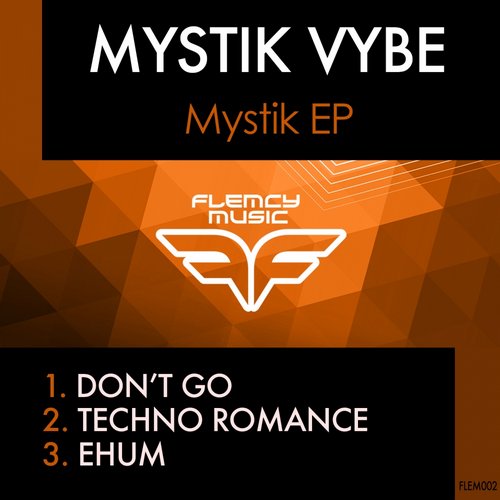 Released on the 7th of December, 2015 Mystik EP is the latest project, boasting the signature of stellar DJ and producer, Mystik Vybe.

Hailing from Bucharest and now based in London, Mystik Vybe is rapidly becoming one of the fastest moving talents within the current Dance music panorama and is set to make big waves with his fresh creation, Mystik EP.

As a producer, Mystik Vybe has cooked up a unique blend of deep Tech House and Techno inspirations and has been building up massive momentum in recent years. Aside from attracting the attention of solid labels like: Addiktion Digital Records, Spinnup and his new home Flemcy Music, Mystik Vybe has also been behind the decks of some of the worlds most renowned clubs, including the likes of: Pacha, Ministry of Sound, Egg, 93 Feet East, Drift and Entourage to name a few.

Building up on his success, Mystik Vybe has now put himself behind an outstanding three-track package, showcasing all of his refined skills and highly original sounds, landing the support of A-list spinners like: Norman Wells, The Dolphins, Dj Sossa, Larry Cadge, JELO, Oliver Osborne, David Vendetta, Jaurelio, Paul Eeles, Jason Owen and many more. Mystik Vybe has managed to put together an infectious, eclectic EP, displaying his wide range of sonic flavours. First up, Dont Go reveals Mystic Vybes deep Tech House side, blending in perfectly with the melancholic, melodic vibes within Techno Romance. Last but not least, Mystik Vybe closes off Mystik EP with a catchy club banger  EHUM  changing the tone with a stunning Tech House infused track.

Following a very well received debut EP Stellar, Mystik Vybes newest project Mystik EP is the second release for Flemcy Music. Established this year by Jean-Pierre Lantieri, Flemcy Music is swiftly becoming one of the most talked about imprints in 2015, characterised by its distinctive Deep, Progressive and Techno inspired productions. Mystik EP is certainly a heavyweight addition to Flemcy Musics growing catalogue and is surely setting the pace for many more projects to be released in the months ahead.