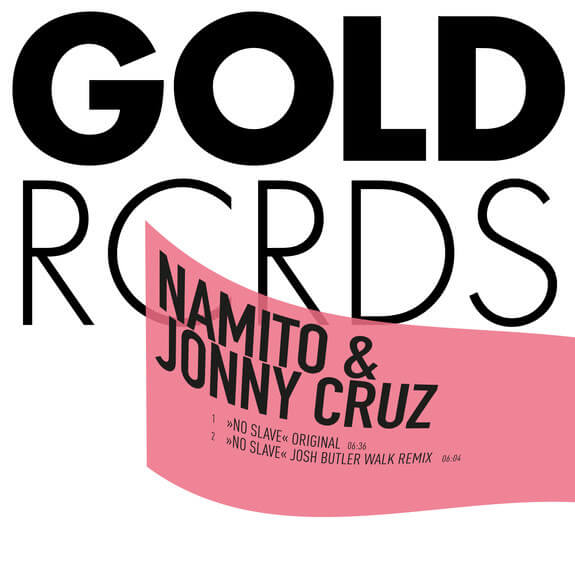 Seasoned House producer Josh Butler is back with a smoldering remix of Namito & Jonny Cruz’s ‘No Slave’. Striding into 2016 in style, Josh is looking to expand upon a fantastic 2015, which saw him release records on Madtech, Avotre, Cajual, and Ultra Music. Josh’s remix of ‘No Slave’ is out now on Gold Records, a sub-label of the renowned Kling Klong, and is available to purchase via Beatport.

Serving as his first release of 2016, Josh’s ‘Walk Remix’ proves a slow burning tech-house thumper. Namito’s original focuses heavily on Jonny Cruz’s vocals, whilst Josh’s version splices the topline into rhythmic segments, focusing directly on the track’s groove. Perfect for dark rooms and late night escapades, the track will serve as brilliant kindling to reignite any marathon party. Deftly positioned, Cruz’s vocal refrains serve as distorted commands, hypnotizing the listener, and coaxing collective crowd movement. Josh’s remix is thus emblematic of his grasp of tech-house, and serves only to further embellish his name in the annals of the genre.

With this latest outing, Josh Butler has once again reestablished himself as a seminal presence in the underground UK house movement. Support for the release has come in from heavy hitters Jesse Rose, Super Flu, Kaiserdisco, Riva Starr, Tiga and Groove Armada among many others. With constant support from current industry heavyweights and celebrated House pioneers, Josh is in position for a truly outstanding year. As Traxsource’s No.5 Tech-house act of 2015 and as one of the artists included in DJ Mag USA’s ‘Ones to Watch for 2016’, Josh is clearly making serious waves. Be sure to keep up to date with Josh on his socials and be on the lookout for a steady stream of releases and fresh tour dates coming early this year.

Editorials Akshay Bhanawat - January 31, 2023 0
Some might say that music doesn't need to be revolutionised at all, and while we're inclined to agree, the truth is that the music...

Awakenings Summer Festival Returns With Their 3-Day Weekender And Drops Impressive Lineup With Over...

EDM News Akshay Bhanawat - January 31, 2023 0
Back with three days of endless dancing in July, Awakenings Summer Festival announces the lineup for their 2023 edition. ...

EDM News Akshay Bhanawat - January 31, 2023 0
The next Italian Easter weekend stands out with some of the very best electronic music thanks to Decibel Presents Easter Edition, which will be...

EDM News Akshay Bhanawat - January 31, 2023 0
Get ready to SHINE again this summer with Paul van Dyk and his SHINE Ibiza event series at Club Eden in San Antoni! ...
ABOUT US
What started as an interest, slowly turned into a passion, and before we knew it, we had curated and founded a thriving community of avid electronic dance music lovers.
FOLLOW US
© Copyright 2022 - T.H.E Music Essentials