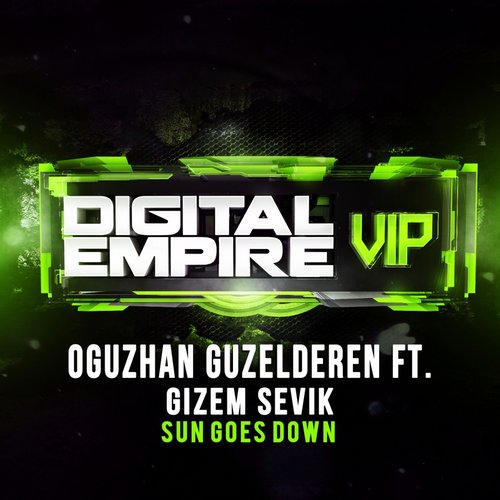 Hitting the shelves on the 18th of January, 2016, Sun Goes Down is the latest effort from Turkish DJ and producer Oguzhan Guzelderen, featuring stellar vocalist Gizem Sevik.

Whilst 2015 has been a busy year for the duo in the studio, they are now kicking off 2016 with a bang and will seek their big break this year.

Oguzhan Guzelderen is an established name within the DJing scene in Turkey, warming crowds at some of the most renowned clubs in the area, including the likes of: Andromeda, Reina, Sortie, Inferno, Kristall, Bodrum Halikarnas and Antalya Club Ally. Aside from being behind the decks of top clubs, Oguzhan Guzelderen has also shared the stage with heavyweight names like: Tiesto, Paul Van Dyk, David Vendetta, Outwork, Fedde le Grand, Royal Gigolos, Benny Benassi, Sak Noel and Chris Montana to name a few, whilst kick starting his production career with a series of well received bootlegs and remixes.

On the other hand, songstress Gizem Sevik started off with Pop and Jazz training, later making her way into the Dance music scene in 2011. Whilst touring with Oguzhan Guzelderen, she showcased her immense talent around A-list clubs in Turkey, whilst aiming to become one of her countrys best EDM exports. Gizem Seviks inimitable voice and Oguzhan Guzelderen refined productions make a truly magnificent team-up, which is set to make big waves in 2016.

Rooted within the Electro House genre, Sun Goes Down has already attracted the attention of international DJs like: BSharry, Diabllo, Dirty Stab, DJ Epsilon, DJ Geri, Sick Individuals, DJ Micro and many others. Starting with a solid drum groove and a string of effect-based melodies, Sun Goes Down transcends into a smooth guitar arrangement, whilst Gizem Seviks silky vocals take centre-stage. A deep bass-line blesses the lower end of the frequency spectrum, whilst an uplifting ascension unleashes an energetic drop, characterised by colossal instrumentals. A break-down pulls back energy levels once more, whilst the mellow vocals are re-introduced into the mix. An additional build-up sets the scene for another much awaited chorus, which later heads the track towards a stylish ending.

Wax Motif Teams Up With Taiki Nulight & MC Scruffizer On A Bass House...

Music Akshay Bhanawat - February 21, 2020
0
Wax Motif pulls together a triple-threat squad for the third release on his very own Divided Souls imprint. After hitting the ground running with collabs...

Music Akshay Bhanawat - February 21, 2020
0
Prepare to enter the matrix with Au5 and Nytrix's brand new release "Always in a Nightmare," the powerful follow-up to their first collaboration "Only...

Music Mmkrishna Cherla - February 21, 2020
0
After a thundering first collaboration, Alison Wonderland and Dillon Francis announce that another one is on its way. When Dillon and Alison first joined hands,...
ABOUT US
What started as an interest, slowly turned into a passion, and before we knew it, we had curated and founded a thriving community of avid electronic dance music lovers.
FOLLOW US
© Copyright 2020 - T.H.E Music Essentials