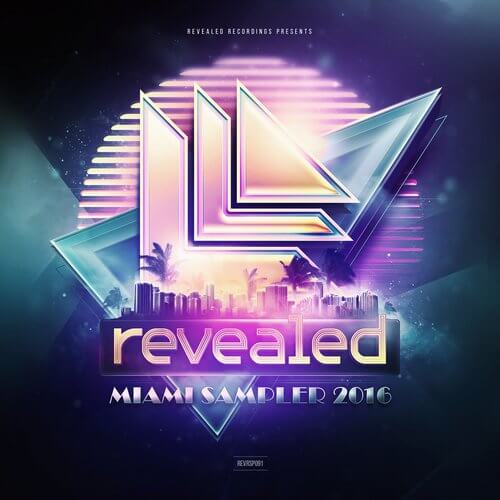 Ahead of Ultra Miami, kicking off on March 18th, Revealed Recordings have released their 2016 sampler out NOW, featuring an ensemble cast of their finest acts and demonstrating the wide spectrum of genres on their stellar roster.

With 15 exclusive tracks covering dubstep, electro, trap, and progressive house, this year’s offering is bigger than ever and a perfect way to psyche yourself up for the big weekend.

Futuristic Polar Bears and Maddix kick things off with ‘Lynx’, a colossal progressive house anthem, before Suyano and Reez pump up the volume with ‘Bottles Up’. Following this, recent Dannic collaborators HIIO work with Canadian vocalist Danyka Nadeau on the ethereal ‘Otherside’, whilst Olly James & LoaX enlist Christina Pasion for the inimitable ‘Love Again’.

Demonstrating the wide range of established names Revealed has to offer, and simultaneously ushering in the next generation of megastar DJs, this year’s Miami sampler once again proves to be the best preparation for the festival. Catch it through Revealed Recordings out now on Beatport!