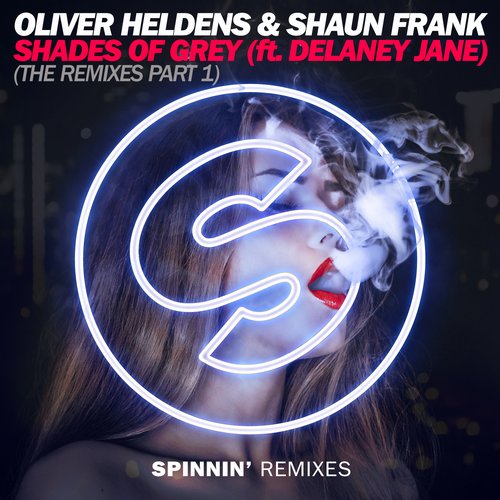 Over the past couple of years, Nora En Pure has taken the dance music world by storm, winning fans over with her unique and refreshing blend of melodic deep house.

The Swiss sensation and classically trained musician has blessed our sound waves with a stream of delightful originals and remixes, pushing her to the forefront of the deep house genre and making her one of the most sought after producers of the moment. Today, Nora En Pure releases her latest masterpiece, her own rendition of Oliver Heldens & Shaun Frank’s ‘Shades Of Grey’.

Effortlessly transforming the original track to make it her own, Nora embellishes ‘Shades Of Grey’ with an intricate instrumental arrangement. Finding inspiration from her South African roots, she blends percussive tribal sounds with a hypnotizing deep beat and a melody made up of majestic horn sounds, signature piano chords and breezy synths. Leaving Delaney Jane’s mesmerizing vocals firmly in tact, this epic cut has already received widespread acclaim after its premiere by Pete Tong on his BBC Radio 1 show.

Adding a special touch to every track she gets her hands on, Nora En Pure’s remix of Australian production trio RÜFÜS’ ‘You Were Right’ hit the coveted #1 spot in the Hype Machine Charts, and was followed by another stunning remix of Paul Harris & Dragonette’s ‘One Night Lover’. Keeping just as busy with her touring schedule as her release schedule, Nora has been on tour across Europe this month, playing shows in Amsterdam, St Andrews, Gierle, Budapest and Paris. October is set to be just as prolific, with confirmed gigs that will take Nora all across the globe, including Beirut, Rotterdam, Mexico City, San Francisco and Austin, Texas. Make sure to catch her at a show near you, or head over to her SoundCloud to get acquainted with her latest remixes and mixes!