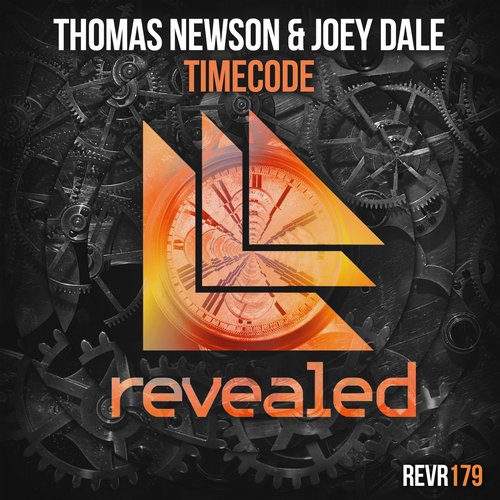 Rising young Dutch stars Thomas Newson and Joey Dale both already have a solid history on Revealed Recordings, with collaborations and remixes for the likes of label boss Hardwell seeing them hit the top of their game relatively quickly.

Now they’ve joined forces, hitting the studio to whip up a storm with their new track ‘Timecode’.

Originally doing some serious damage and causing some major hype after being featured on ‘Revealed Volume 6’, ‘Timecode’ is set to whip crowds into a frenzy in the coming months as it continues to spread like wildfire at events around the world. Featuring some utterly enormous drops, pounding rhythms, and massive synth hooks, ‘Timecode’ has mainstage anthem written all over it. Both Joey and Thomas have a busy summer of festival appearances ahead of them, including sets on the Revealed Stage at Tomorrowland at the end of July, where this one is bound to go down a storm.

‘Timecode’ is available on Beatport.