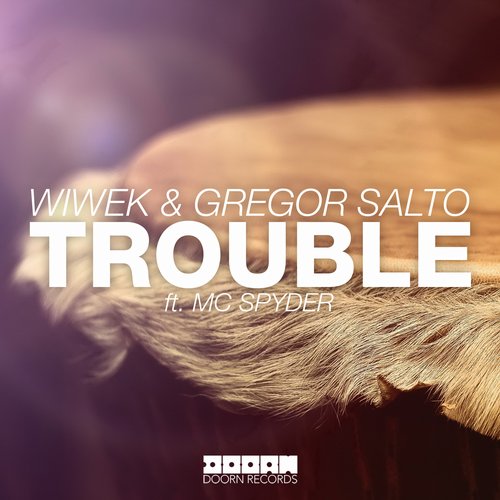 Dutch production duo Gregor Salto & Wiwek are back in full force with their latest collaboration, ‘Trouble’ – out now on Doorn Records.

This dream tag-team have previously joined forces to create hard-hitting anthems; wowing fans with their widely successful 2014 collaboration, ‘On Your Mark’, and teasing them with their recent release, ‘Miami’. ‘Trouble’ begins as the epitome of tribal, blending deep African drums, masculine grunts and MC Spyder’s legendary phrase, “Here come the trouble”. The track soon turns into something more than just a jungle terror hit, adding in melodic elements of vibraphone and brass to bring a cinematic feel. The pumping bass and afro-fusion give this track a distinct vibe that only Gregor Salto can achieve.

Taking the dance music world by storm, ‘Trouble’ has already been spun by the biggest names in the game including Martin Garrix and Hardwell. This kind of dance floor belter is to be expected from Gregor, who has dominated the Netherlands’ club scene for over a decade. Boasting an impressive repertoire, he has produced charting originals and crafted official remixes for pop royalty including Rita Ora, JLO, and Rihanna. With forthcoming tour dates at some of the most revered venues on the planet, such as playing at Ushuaia Ibiza alongside DJ Hardwell this August and a back catalogue of versatile tunes to back up his reputation, Gregor is doing a stellar job of spreading his legendary Salto Sound to the masses.