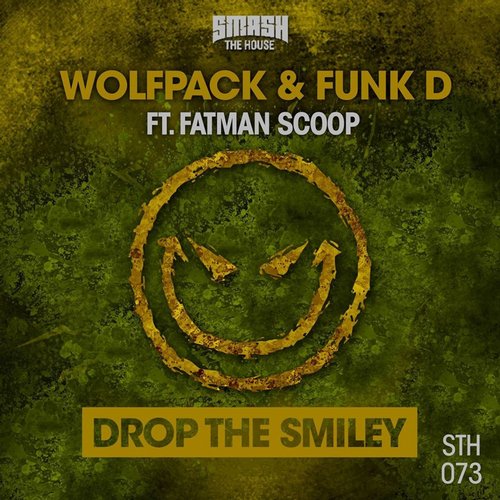 After unleashing ‘Drop the Smiley’ upon 180,000 fervent electro enthusiasts during their anticipated Tomorrowland Brazil set earlier this year, Wolfpack, with help from hype man extraordinaire Fatman Scoop, have crafted one of the most exciting progressive tracks of 2015 via Smash The House.

After leaping into DJmag’s top 100 DJ’s list earlier this year and establishing themselves as Ibiza favourites with an Amnesia residency, Wolfpack have expanded the scope of their sound to match their vast ambition. ‘Drop the Smiley’ sees the duo elevate their technical, progressive melodies to an even higher level alongside Dutch House man of the moment Funk D – and with Fatman Scoop’s inimitable encouragement, combined with a rolling, pounding rhythm section, ‘Drop the Smiley’ is sure to be a mainstay throughout the Summer and beyond.

Out now through Dimitri Vegas and Like Mike’s Smash the House imprint, Wolfpack are sure to build on their previous successes and after their domination of Tomorrowland Brazil’s main stage recently, the only way is up.