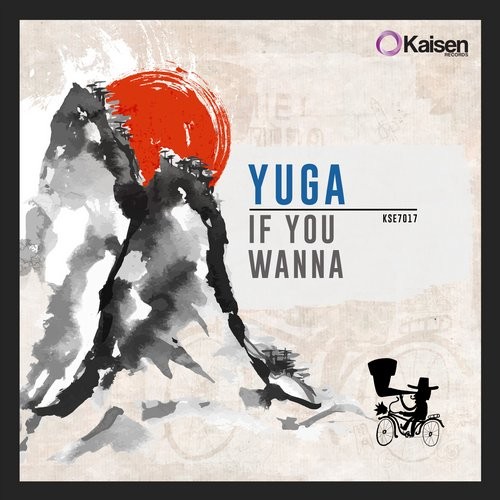 Italian DJ and producer Yuga has been make huge waves in the Dance music scene thanks to his impressive studio bombs and highly sought after DJ sets.

After touring the world extensively, including shows at major clubs in countries such as: Argentina, Mexico, Czech Republic, Australia and Italy, the multi-talented artist is back with his latest offering If You Wanna. Filled with groovy yet simplistic drums, lush piano chords, superb vocal production and a heavy, energetic FM bass-line, If You Wanna has everything you could possibly want in a Future House record – making it a winner on the dance-floors. With If You Wanna set to follow Yugas previous releases up the Beatport charts, its a real must for any DJs record collection.

If You Wanna will see Yuga return to his very own imprint Kaisen Records and will be the next hit to be added to the labels impressive release catalogue. With the label boasting names like: Mark Ursa, ITSPAGE, RoyTson and Liquid Cosmo, on its roster, its no wonder Kaisen Records has gained a reputation as one of the industrys fastest growing, emerging new labels. If You Wanna has hit the shelves on June 6th and will see Yugas rise to stardom continue at rapid pace.

Listen to Yuga – If You Wanna below.