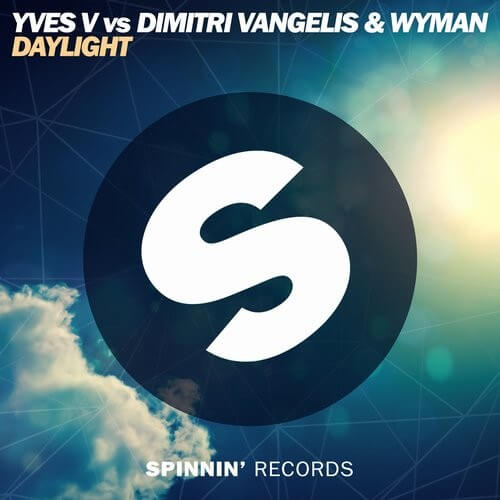 The guys set the tone with a sweet, organic melody, progressing into major synth chords, gaining strength at every round. It’s all hands in the air, from buildup to breakdown, from the melody kicking in to the major drop coming your way – dance euphoria at its best.

The enthusiasm that emanates from Yves V, who climbed an impressive 21 places to #34 last year in the 2015 DJ Mag Top 100 DJs poll, continues to burn with the stellar magnitude of a supernova. His placing in the 2015 ranking marks him out as among the highest climbers, a marked improvement over his impressive debut position at #55 in 2014. Over the course of his career, Yves V has risen to international standing amongst his peers and global dance fans as a producer and DJ of high acclaim. Whilst his music now fills the playlists of the biggest DJs on the planet, gaining including support from heavyweights like David Guetta, Afrojack, Martin Garrix, Armin van Buuren and Radio 1’s Danny Howard and Pete Tong, Yves’s name can also be found listed on billings for some of the most prestigious parties in the world.

When most hear Dimitri Vangelis & Wyman, the first thought that comes to mind is “Steve Angello”, after their international smash hit record with the king himself. But since this collaboration the duo have made a serious name for themselves with 30+ million streams on Spotify, sold out international shows, and support from the biggest names in the industry. Over the past three years the duo has seen them established as a dominating force in the European talent pool and they have proven themselves connoisseurs of a new wave of melodic big room one anthem at a time.

Now Yves V and Dimitri Vangelis & Wyman team up on their new track ‘Daylight’. “As producers we’re always trying to find that sweet spot which truly captures the listeners ear and for me ‘Daylight’ is a record that really delivers the goods on that. I loved the creative flow the three of us had working on this single, was such a fun experience. Dimitri & Wyman are always pushing their music forward and to fuse our ideas and sound together felt very natural. This track really captures that feeling of leaving a dark club and entering the morning daylight.”, explains Yves V.