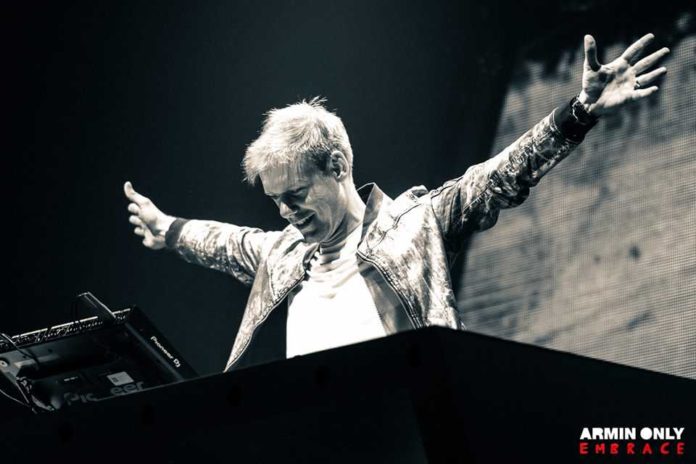 In article #2 of our ‘Armin Only’ series, we’re going to find out some of the lesser known facts about Armin van Buuren when he’s playing at ‘Armin Only’ shows.

READ: The Story Behind Armin Only

Ever wondered what’s the first thing Armin does after he gets off stage at an Armin Only show? Read on to find out!

1. Armin’s secret to prepare for an Armin Only show Sleep well, eat and have the latest tunes!

2. Does Armin have a ritual before he goes on stage? Yes! A grouphug with everyone to get hyped for the show!

3. First thing Armin does after getting off stage? Looks for people and asks them for feedback about the show!

4. How does Armin stay fit in the midst of all the travelling on his tour?

By working out a lot, running and riding his mountain bike!

5. How does Armin keep in touch with his family during his tours? At least 3 times a day, through Skype and FaceTime!

6. What does Armin always bring on tour with him? His right hand Sander Reneman with Cheverno for visuals, Michael for lights and Wouter, his sound guy!

7. His favourite part of the show The end where everything comes together!

8. His favourite part about travelling on tour Travelling with a big group and having fun with everyone!

9. Armin’s favourite track of the show? 10. Armin’s favourite part about the tour Being able to play a longer set for his fans!

This May, Armin will play a couple of shows in his home country Netherlands titled “Best of Armin Only”, to celebrate 20 years of his DJing career. We wish him all the best for these shows and hope he continues to create great music!