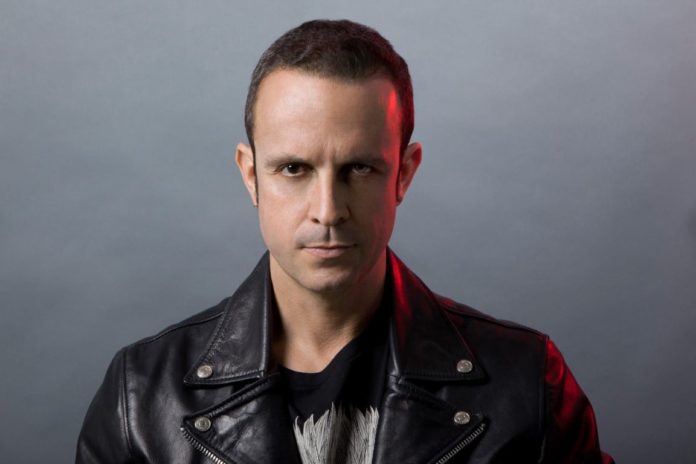 It’s safe to say 2020 was a year like no other, regardless of what lens you look at it from.

Deep in the midst of a global pandemic, the live music industry came to a screeching standstill starting in March of this year.

As the year progressed, it left artists and promoters scrambling for unique ways to stay connected with their fans in never imagined ways. From a full-fledged virtual edition of Tomorrowland with computer-generated audiences to live-streamed sets from some of the world’s most stunning locations like the Grand Canyon.

The yearly Beatport review was different than previous years to say the last. With touring and live events at a standstill, musicians and labels quickly turned to lean on streaming services and digital releases. In July, Beatport CEO Robb McDaniels confirmed that they’ve already seen a 10–20% increase in the number of releases and are expecting the trend to continue well into 2021.

Music research and analytics platform Viberate looked into the numbers and created a comprehensive report with Beatport Analytics.

While tech House still reigned supreme at the first spot in terms of popularity on the Beatport Top 100 chart, next up in second place was House which moved up 2 spots compared to the previous year and followed by Melodic House & Techno which stayed steady at the #3 spot. 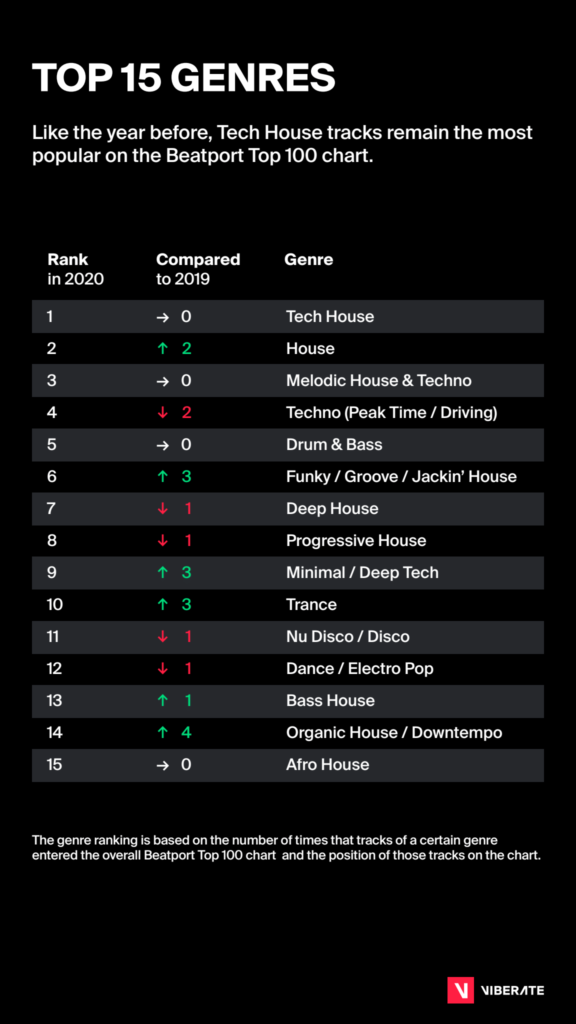 After analysis of the Top 100 tracks for 2020, Tech House was predominantly the most represented genre with 39% on the list. The list was topped by the “Move Your Body” by Marshall Jefferson and Solardo.

The report also saw individual artists ranked. Coming out on top was David Penn who was named the best-performing House artist on Beatport by Viberate, UMEK took the Techno throne, and Break was named the top Drum & Bass artist. 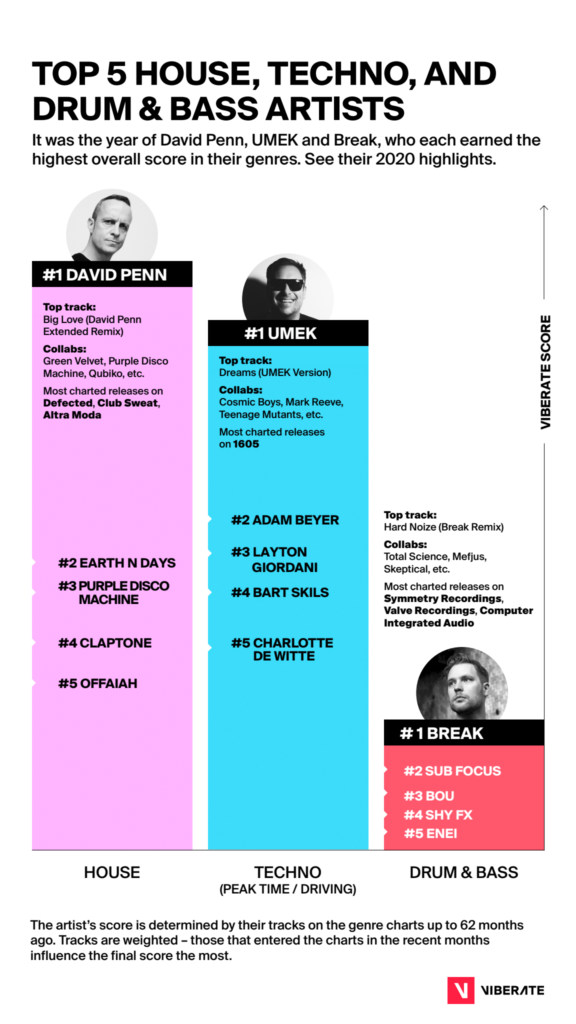 The top-50 fastest rising artists in House, Techno, and Drum & Bass came broadly from across Europe and North America but for Dum & Bass, it was predominantly from the UK.

Find the in-depth findings of the report in its entirety here. (link – https://reports.viberate.com/beatport-report.html )