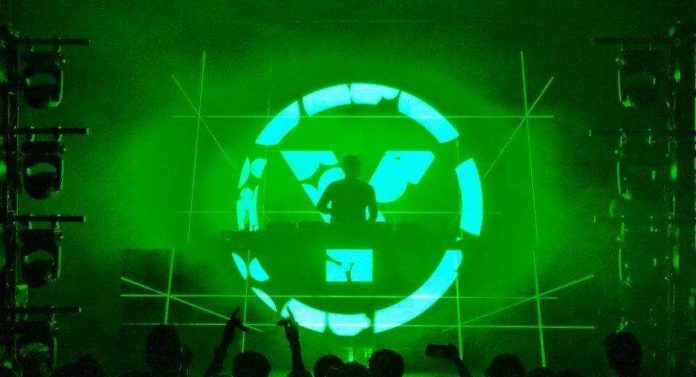 He’s been around for the longest time, he’s won hearts world over, has given us wonderful music time and again, and has even been our Artist of the Month before. And to top it all, he’s coming to India for the very first time in less than two weeks! The first ever artist to be our #AOTM for a second time is none other than Eric Sheridan “Pryda” Prydz, also known as techno producer Cirez D.

If handling one label is stressful for some, Prydz handles 3 – Pryda, Pryda Friends and techno label Mouseville. His early released work includes “Bass-ism/Groove Yard” and “In and Out” as Eric Prydz, and “Diamond Girl” as Cirez D.

If his 2004 smash hit “Call on Me” gave him recognition, his 2006 remix of a Pink Floyd classic track, “Proper Education” made him a worldwide superstar.

The video for the remix also went on to become a huge success, and music channels worldwide are still playing it years later. He also put out remixes for Axwell’s “Feel The Vibe”, Michael Jackson’s “Thriller” and Duran Duran’s “Sunrise” among others.

The DJ and producer also made music under various other monikers such as Hardform, Sheridan and The Dukes of Sluca, but Pryda and Cirez D continued to remain his most popular stage names.

His 2008 release “Pjanoo” was his next big track, going number 2 in the UK and entering the top 10 in various other countries. He also released “Knockout”, “Horizon” and “Läget” as Cirez D tracks. His 2009 remix for “Flashback” by then emerging artist Calvin Harris became very popular.

His US number 3 track “Every Day” in 2011 once again proved his credentials as a maverick producer. In the same year, he released arguably one of his most widely played remixes – “Personal Jesus” by Depeche Mode. His Cirez D production “Glow” also went on to become very successful. He also released a remix of M83’s “Midnight City” in 2012.

His production methods have also gained major popularity within the industry, with the now famous ‘Pryda Snare’ being used by everyone right from Martin Garrix to W&W. His 2013 Essential Mix was picked as the Essential Mix of the year by Pete Tong.

In 2014, his tracks “Layers” and “Rotonda” were particularly noteworthy, and stayed in the Beatport Top 100 for a long time. His ‘Eric Prydz in Concert’ concept, better known as EPIC, has proved to be a major hit and he has received heaps of praise for his live performances. He announced the third version of Epic titled EPIC 3.0 and played a show at Madison Square Garden with hitherto unseen holograms and lasers.

He also became the first DJ with a mix on the new Apple Music platform via Beats 1 Radio Station.

His most recent studio album released in February last year and was titled ‘Opus’. The album featured some superhit singles like ‘Every Day’, ‘Liberate’ and ‘Opus’ as well as some other tracks like ‘Last Dragon’ and ‘Breathe’ which featured Rob Swire on the vocals. The album went on to the top of the dance music charts in the UK and USA.
Prydz announced the latest edition of his ‘EPIC’ concept show series. EPIC 5.0 will premiere in the UK in March 2017.

For the Indian fans of Eric Prydz, there was a massive surprise announced earlier this month, that the man himself will be flying down, yes flying down to India to headline the Vh1 Supersonic Festival in Pune on 10th February, as well as play a show in Delhi with his own production team setting it up. We can’t wait for the show and I’m sure neither can the rest of his fans in India!