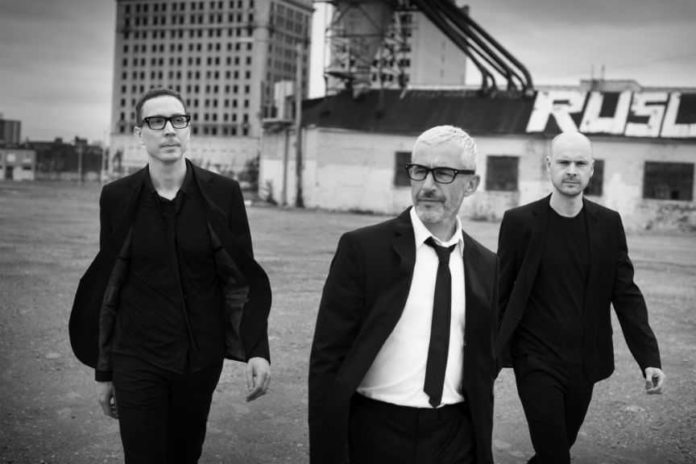 Our artist of the month for March 2017 is a London based trio that has touched lives wherever they’ve gone. Their fans swear by them, and always jump at the opportunity to ‘Push The Button’. They’ve been to India many times in the past, and are set to come to India yet again this month for a very special tour. In case you’re still wondering, our AOTM for March 2017 are the trio behind iconic music labels Anjunabeats and Anjunadeep, and of course the iconic radio shows: then ‘Trance Around The World’, now ‘Group Therapy Radio’ – Above & Beyond!

Birth of Above & Beyond, formation of Anjunabeats and early productions

Jono and Paavo met at the University of Westminster in London, and having discovered their common love for music, decided to collaborate, to make some electronic music, and thus, Anjunabeats was born in 1999. Their debut track ‘Volume One’ received support from DJs like Pete Tong, Paul Oakenfold and Paul van Dyk. Tony, with Warner Brother Music at the time, came to know about the duo through his brother, and brought them in to help him complete a remix of “Home” by Chakra.

That was the first release under the ‘Above & Beyond’ name. Remixes for Aurora, Fragma and Adamski followed.

Above & Beyond’s first DJ performance came in 2002 in Tokyo, alongside Ferry Corsten and Tiesto. As their popularity grew, they started making appearances at festivals like Creamfields and Glastonbury, even playing at clubs like Amnesia in Ibiza.

2004 turned out to be a landmark year for the trio as they released two superhit tracks, “No One On Earth” featuring Zoe Johnston, and “Satellite” through their vocal group Oceanlab. They subsequently released their debut album ‘Tri-State’ in 2006, and the album went on to get very good reviews.

Some popular singles from the album were “Air For Life” which won Tune of The Year (2005) voted by the listeners of Armin van Buuren’s A State of Trance radio show, and “Good For Me” featuring Zoe Johnston which won “Tune of The Year” for 2006.

DJ Mag plus the launch of Virgin Galactic’s SpaceShipTwo In December 2007, they reportedly played for a million people at an unofficial show in Rio de Janeiro, and in 2009 they played at the official launch of Virgin Galactic’s SpaceShipTwo, in the Mojave Desert and hosted by Sir Richard Branson and attended by Arnold Schwarzenegger. Above & Beyond’s track “Buzz” was the official track for the unveiling of the spaceship.

In 2010, Above & Beyond released one of their most successful singles “Thing Called Love”. The track was a part of their second studio album “Group Therapy”, which was released in 2011. Group Therapy also featured tracks like “Alchemy”, “Love Is Not Enough”, and their most successful track to date “Sun and Moon”. “Sun and Moon” was recently named as the Number 1 ‘Saddest’ dance music track of all time by Billboard. Later, in 2012 Above & Beyond embarked on its ‘Group Therapy World Tour’ playing at various locations ranging from Hawaii to places in Asia and Australia. In 2013, along with the usual music festival shows at Ultra, EDC and Tomorrowland, Above & Beyond played acoustic shows in London and Los Angeles, featuring Zoe Johnston, Alex Vargas, and even Skrillex as a special guest.

End of Trance Around The World, Birth of Group Therapy After celebrating several milestones with TATW (Trance Around The World) in Moscow, Miami and Beirut, 2012 saw Above & Beyond call time on Trance Around The World, as they launched their new radio show Group Therapy at a spectacular live broadcast event at Jayamahal Palace in Bangalore, India.

“Some time ago we realised that on the best nights we have it’s always a three way thing: us, the music and the people, and we see improving the communication between all three as helping a good party turn incredible“ explains Paavo. “The soundsystem, Lights and visuals are all there to help people connect to the music, with each other and with us, better.”

Celebrating 50 and 100 episodes of ‘Group Therapy’

There was a special 6 hour live broadcast to celebrate 50 episodes of Group Therapy at the Alexandra Palace in London. The 100th episode was celebrated the following year with a live broadcast at Madison Square Garden in New York. Ilan Bluestone, Mat Zo and Andrew Bayer also played at the show. The night before the show, Above & Beyond released the official video for their latest track “We Are All We Need”, at Time Square.

Voted Essential Mix of the year on 2 occasions

The trio have had their ‘Essential Mix’ voted as the Essential Mix of The Year on two occasions – in 2004 and 2011. They remain the only artists to have done it twice. Last year, they were nominated for a Grammy award under the ‘Best Dance Recording’ category, for “We’re All We Need”.

How do you top a global run of shows in 2015 that makes you the second-highest grossing electronic act in the US… but the only act of any nationality, in any genre, that can get Breaking Bad legend Bryan Cranston to join you onstage in Las Vegas and, you know, play along?

Above & Beyond to tour India on Holi weekend!

While the trio have been to India plenty of times in the past, their return this March marks a very special occasion as Above & Beyond will be embarking on a 3-city Holi tour. The tour will take place during the Holi weekend (11,12,13 March 2017) and the cities to get pampered are Hyderabad, Bangalore & Mumbai. More information here.

For Holi Reloaded organized by Plus 91, Mumbai, click here.

What are your fondest moments of the trio? Do share those in the comments’ section below. :)