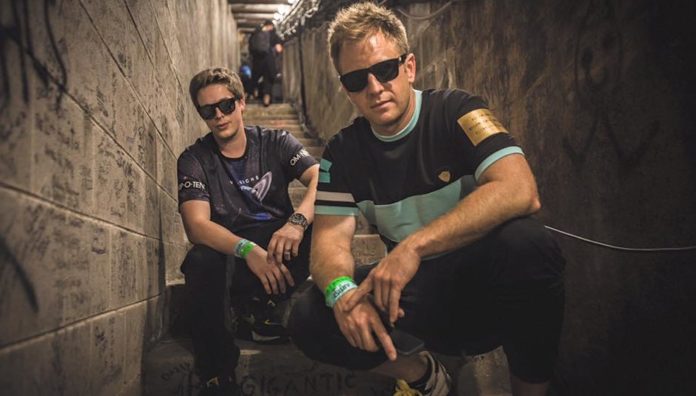 Our Artist of the Month for September is a duo that hails from Texas in the United States of America, and have given us a lot of trance in their early days, and are now blowing out our sound systems with their progressive house music. If you haven’t guessed it so far, then you’ve been missing out on Tritonal.

Consisting of Chad Crisneros and David Reed, the duo released their debut album Piercing The Quiet, in 2011 and five tracks from the album dominated the Trance charts and were on the top position for nearly a month.

There was a follow up album called Piercing The Quiet Remixed, in 2012, which reached the top 5 of the iTunes dance charts. In 2013, they released two EPs Metamorphic and Metamorphic 2. They also toured all over the US in the summer of 2013, playing in over 40 cities. They also host a radio show called Tritonia, which airs on Sirius XM Electric Area every Saturday.

Tritonal’s early music was heavily leaning towards trance, with releases on Anjunabeats, Armada, Levare Recordings and In Trance We Trust. Tritonal changed their music style to a more progressive house style a few years ago and have been very successful. Some of the biggest singles recently have been tracks such as ‘Colors’ with Paris Blohm on Nicky Romero’s Protocol Recordings, ‘Until You Were Gone’ with The Chainsmokers and ‘Untouchable’ with Cash Cash.

They recently released a single with Adam Lambert called ‘Broken’. It came out the same day, their new album, ‘Painting With Dreams’ was announced to be available for pre-order.