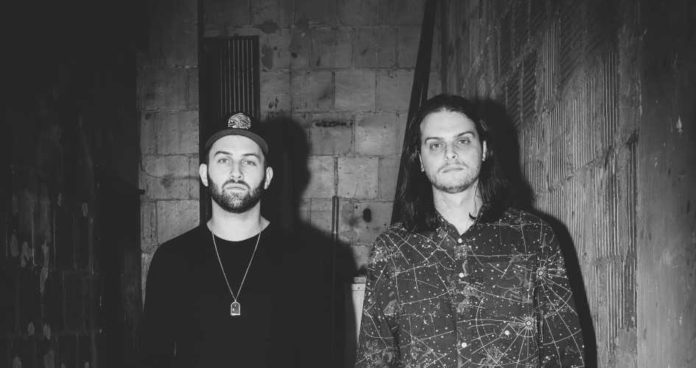 Our Artist Of The Month for October 2016 have got their name from a cult movie of the 90s, their music is as unorthodox as the movie, and this Canadian duo have delivered absolutely sensational music time and again. That’s right, our AOTM for October is none other than Zeds Dead.

The duo behind Zeds Dead is Dylan Mamid, also known as DC, and Zachary Rapp-Rovan, also known as Hooks. They rose to prominence releasing original music and remixes from 2009 before becoming more mainstream artists and touring extensively. In 2009 Zeds Dead founded a weekly party called Bassmentality in the basement of a local Toronto dive bar ‘751’. The party was intended to give a new wave of DJ’s a way to hone their skills, while providing a venue unrestricted by concert promoters dictating what they could play. In the summer of 2010 Bassmentality grew out of the compact basement of ‘751’ and moved into Toronto’s ‘Wrongbar’.

The duo rose to fame with their 2010 remix of the popular Moody Blues track ‘White Satin’. The duo gave the track some dubstep treatment with vocals of “Zeds Dead Baby” before the drop. The track has amassed over 15 million views on YouTube. It was also in this very year that the duo released their debut album ‘Rudeboy’. Zeds Dead launched their first official North American Tour in December 2010, playing over 40+ shows in Canada and the United States.

The duo went on to release two albums and one EP in 2012, which was a particularly eventful year for them. Their album ‘Adrenaline’ peaked to the 11th spot on the US Dance charts. The duo also released their remix of Radiohead’s ‘Pyramid Song’ in the same year.

‘Eyes on Fire’ and ‘Cowboy’ really catapulted them to fame in 2013-14, before their ‘Somewhere Else’ EP which released on Mad Decent in 2014 went on to reach the number 4 spot on the US Dance Charts. The duo also started doing a video show called ‘Coffee Break’ with Vice’s Thump channel, where they were drinking coffee in different places around the world. The did a Train tour across their home country Canada in 2014 where a bunch of artists toured all over Canada in a train. In 2015 Billboard exclusively announced Zeds Dead ‘2 Night Stand Tour’, and plans for a new album in 2016. The quickly sold out tour aimed to take the duo off the festival circuit and place them in historically significant venues in major North American cities for two nights each. The duo also released a collab called ‘You Know’ with rising talent Oliver Heldens.

In March this year, the duo announced that they had launched their own label ‘Deadbeats’.

The duo has also done remixes for The Rolling Stones, The Foo Fighters and many more. Their remix of Marina and the Diamonds ‘Lies’ went on to become immensely popular.

Here’s wishing them all the best for their upcoming album.