Given the times that the world is experiencing, with lockdown having been enforced across the globe in most countries, we have curated our favourite hardstyle sets that fans can stream, relive and hence, stay engaged during their quarantine.

Act Of Rage & D-sturb were the the highlights of the 2019 edition of Shockerz festival which took place in Autotron, Netherlands. Their signature raw & energetic kicks made sure that the crowd stayed on their feet throughout the entire set. Many new tracks were introduced from both the artists and they made sure that everybody had a memorable night.

Q-dance celebrated their 20 years in the business with a mega event called “Dediqated”, which took place in GelreDome Arena, Netherlands. The event showcased the revolution of hardstyle scene over the period of time and the artists who influenced this revolution. One of the highlights of the night was the set from future heroes which consisted of Frequencerz, Sub Zero Project, Rebelion, Phuture Noize, Ran-D, Warface, D-Sturb & Sefa. These artists made sure that they continue to build the hardstyle legacy with their unique sounds.

Rebelion introduced their live act at 2019 edition of supremacy called “Overdose”, which consisted of heavy and hard raw tracks accompanied with a special light and laser show. They introduced various new songs as well as new rougher edits for their original songs.

Reverze was the only hardstyle event other than Dediqated, which took place before Europe went into lockdown due to the Corona Virus. KELTEK & Sound Rush made sure that Lotto Arena was having a night worth remembering. Sound Rush introduced various new songs in collaboration with various artists. Sound Rush even played the title track from their upcoming album called “Brothers”.

The other highlight of the night was an album showcase set from Warface & D-Sturb. They played various new tracks from their “synchronised” album and made sure that their crowd had a really great time.

The king of hardcore totally destroyed the stage in the 2016 edition of Qlimax with his hardcore, speed-core & terror-core songs. Being the last act of the night he made sure that the crowd had an unforgettable ending to a memorable event.

Q-dance said goodbye to 2019 with a new festival named “EPIQ”, which took place on the 31st of December. Prior to the festival, few artists were selected for an epic face-off against each other in the Q-dance studio. They were assigned 3 challenges which were meant to be completed during their face-off which would grant them extra points. The battle was live streamed and the votes of the audience were tallied to declare the winner. The first battle was between Sound Rush and Rebelion. Check out the results below.

The most awaited set of the entire Defqon 1 weekend festival takes place on the last day. It is one of the most power packed sets as madness takes over for an entire hour. With confetti flying around to a massive flag crowd surfing, this set can be termed as the craziest set ever. 2016 edition of Power Hour was the most memorable because of one thing which got copied around the world and now everyone enjoys it, that thing being “Crowd Control”. Crowd control was invented in Defqon 1 2016 and the video of the crowd control got viral that all the DJ’s from other genres started implementing it .

During the lockdown, Ran-d started live stream sessions which included his iconic songs like Hurricane, Battleborn, etc and introduced new songs from his album. He even included songs from various other artists like Frequencerz, Kronos, Endymion, etc.

Tell us which was your favourite set among these in the comments’ section below.

Also, you can check out some great EDM sets to help you through the quarantine. 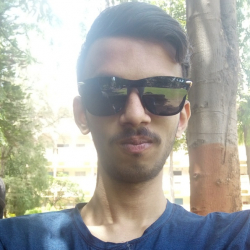 Essentials For Being A Digital Nomad Producer