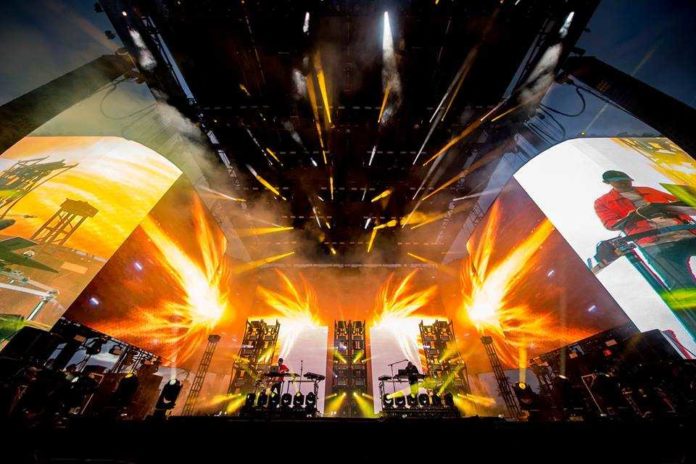 The famed Coachella Valley Music and Arts Festival took place this past weekend with some of the world’s biggest music artists taking on the stage. From Lady Gaga to Lorde to Martin Garrix, DJ Snake, Marshmello and even Hans Zimmer, Coachella’s weekend 1 had it all!

Lets start off with some of the EDM artist highlights.

Martin Garrix had an insane performance at Coachella as he performed in front of a packed crowd at the Sahara Tent with special guest Dua Lipa, playing a bunch of upcoming singles. Check out the pair right here.

Thank you @MartinGarrix for having me join your Coachella set!!! ?? pic.twitter.com/BF0CEBFgf4

Next up, DJ Snake!

Snake who was fresh off his massive Ultra performance was expected to bring on special guests for the Coachella performance and he sure did. The Parisian brought out hip-hop superstar Migos and the insanely talented and legendary Lauryn Hill. Check out the videos and Snake’s entire set below:

Skrillex was there at Coachella too (obviously), but Sonny made the headlines when he came out during Anna Lunoe’s set to congratulate the artist on her pregnancy. The “Radioactive” singer and producer thrilled the crowd with both her vocals and DJ skills, Skrillex’s coming up on stage made the set extra special!

When @Skrillex came out ??? #Coachella pic.twitter.com/X9dhay1qlH

The artist had announced her pregnancy on Instagram just a day before her performance with the following picture.

good news! ur gonna get 2 lunoe's for the price of 1 all summer long ?? c u tomorrow coachella !

Hans Zimmer also had a magnificent performance with a full orchestra at his disposal. There aren’t words to describe this beauty, Just enjoy!

For the rest of the artists, there’s a lot to say but you’d doze off if we did, so how about we let you pick n choose which set you wanna catch up on:

Lady Gaga and Lorde also had amazing performances, each debuting new music on the stage.

A man was caught with a 100 stolen phones at Coachella. Now that’s what we call, a loot! Most Innovative Virtual Dance Music Events Getting us Through Covid-19

Interviews Akshay Bhanawat - September 27, 2020 0
The latest output from revered German DJ and Producer RMA comes in the form of a huge remix on Victor Porfidio's cut, 'To My...

Music Akshay Bhanawat - September 27, 2020 0
Returning this September with Vol. 2, mau5trap and Insomniac Records present 12 new tracks from the likes of Kyle Watson, Tommy Trash, Jay Robinson,...
ABOUT US
What started as an interest, slowly turned into a passion, and before we knew it, we had curated and founded a thriving community of avid electronic dance music lovers.
FOLLOW US
© Copyright 2020 - T.H.E Music Essentials