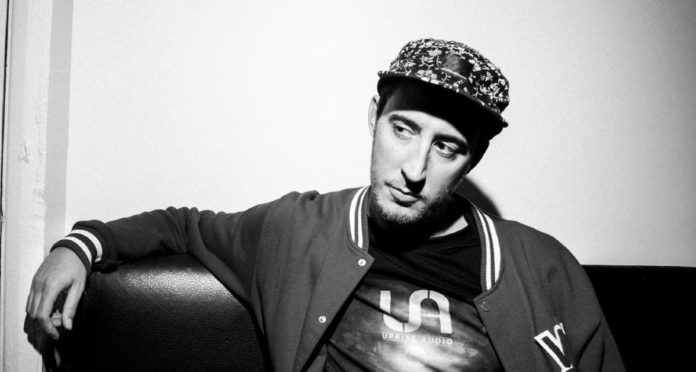 From his early beginnings on household names such as Ram Records, Wheel & Deal, Subway, Philly Blunt and Tempa Records, as well as founding the renowned Uprise Audio, over the years Eddy Seven has built a rich musical profile for himself.

With guest spots on Rinse FM with Youngsta and N-Type, alongside sets at the pivotal Fabric club in London and Outlook Festival, his music has been debuted to crowds across the world. It is this same fan base who have been waiting for his brand-new LP ‘R–Evolution’, dropping this Friday.

And to celebrate its release this week, we got Eddy to talk us through the influences which have got him to this moment, on the cusp of another groundbreaking album, this time on DJ Hatcha’s Hatched.

Andy C and Ant Miles and Shimon were probably the biggest influences of my whole career. I grew up with these guys from a young age. Seeing Shimon making Predator made me wanna learn how to make tunes too. So that was literally it for me. The beginning of my journey into being a producer and not just a DJ.

The vocal sample in Predator said… ’She said the jungle, it came alive and took him’. And In my case, it really did and here I am 26 years later putting out my 4th album.

This whole Mezzanine album moved me to be honest and influenced me in such a deep way. It’s the perfect composition of music and changed the way I approached music from the point of hearing it in full. There is a depth in the works which I strived to create in my own productions. It really schooled me. It also has a permanent place on my iPhones and iPods since I’ve owned them too. Which says a lot and is a true testament to how timeless it is.

I remember being into dubstep and only heard dubstep producers making it. I hadn’t really made much of myself even at this point, but Shy FX hit me up and sent me this batch of Benny Page and Breakage dubstep tracks and Step out just blew me away. It was a huge influence for me as I hear it all done in a different way that really captivated my attention. I made sirens, dark passenger and the darkness after hearing those tunes.

This is one of the tracks that really changed the game for me and send me into that direction of music. They really pushed the boundaries with that track and the 303 mix was a catalyst for my love of early hardcore music. The lead riff is so iconic, Even the intro pad and that bird sample. So many people sampled it and put it in their own productions. And then years later Groove rider and Optical remixed it and it just reinspired me all over again.

He raised the bar and completely influenced me with his drum work and variations in the leads. I was blown away by this track and still am to this day. I wouldn’t even know where to start trying to design the basslines in this track. But I’ve made some killer basslines of my own in the process of attempting it. I love music that pushes the boundaries and keeps me on my toes. It’s refreshing.

I have sat there so many times trying to follow the guide he set in this tune. It’s a masterpiece. That whole blade runner vibe and the way he rolls it all out with the drum work. It’s mind-blowing. Still one of my favourite tunes to this day. The switch-up in the second half takes it all to another level and made me rethink how I write my arrangements. Huge influence.

It’s the mids. The drum work and the effortless flow of it all. But the impact those breakdown mids have after that long into just reeled me in. I literally have made mids in that vein now for years and they have been a poignant feature in a lot of my tunes. Such a huge influence. That whole era of music left its mark on me in a big way.

It was such types, that sent me down the liquid route and not the typical Ram style like my peers at the time. I just loved the soul and funk and this tune captures it all. It really influenced my DJ sets too. Some tracks are just timeless and can be played forever and this is one of them. I often draw inspiration from this track.

When I heard this tune it blew me away. The vocal chop, the big 808 and the trappy beats were all new to me then. I hadn’t really had time or passion for anything other than DNB and dubstep for pretty much my whole life, I heard other music but didn’t listen to them like I would the latter. But “A Milli” got me, it’s one of them tracks I wish I made myself and it switched me onto that more southern style hip-hop which started to have an influence over my own music and slowly crept into my own dubstep productions.

I don’t even know where to begin articulating how this track makes me feel. I have literally made so many tunes influenced by this track. It’s so inspiring and if you will hear this vibe in a lot of my own music. I saved this for last as it’s my favourite track and biggest influence over my music on this whole list. The music speaks for itself, have a listen and see what you think. 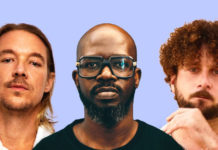