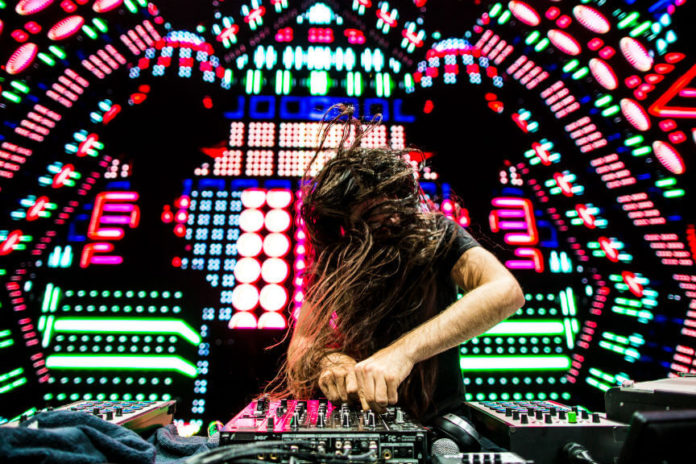 Music trends change every year, all it takes is one song to change the game.

From what’s been observed in 2015, bass music in particular has produced tons of fresh releases which are both innovative and technically apt. So what can we expect from the scene this year? Definitely much more artists pushing the boundaries in sound design giving listeners a tantalizing buffet of auditory deliciousness to choose from. Last year various dance music artists opted to release albums showing off a different side to their production capabilities. This year is no different, already out is Netsky’s album, Vaski’s debut album, Fred V & Grafix (due to release later this year) to name a few. The prospects are looking great for bass music lovers.

2015 was a big year for drum & bass particularly for the neurofunk/techstep variant sub-genre. Massive releases from the scenes household names including some newcomers, making a name for themselves. Its popularity is increasing rapidly, boiling up aggressively from the depths of the underground. I reckon this rise in neurofunk popularity will increase even more in 2016 with numerous quality productions. As for the mainstream side of DnB, artists like DJ Fresh, Rudimental and Sigma have managed to breakthrough in the dance pop culture, sparking interest in the genre’s more upbeat sound. I’m quite sure DnB has cemented its place in the mainstream dance spectrum and won’t be fading away, not this year anyway.

Onto the wobble bass genres, many but not all productions released last year have not been as aggressive or heavy compared to previous year’s releases. Artists opting to produce more melodic tracks, catering for the festival formats which some might say is killing dance music. Some labels tend to possess a template of sound construction, where all releases sound similar and/or utilise similar synths etc. Whilst other labels allow artists the freedom to design and construct their own musical stories. Therefore in general 2015 has had mixed reactions from the dubstep/drumstep side. I’m hoping things will pick up and get better this year since sound design innovation is a trend in dance music at the moment.

On the 808s side of the bass spectrum, its seems like trap is reaching new heights. This is probably the genre I am most excited about as the uniqueness of the productions that have come out last year have been endless. Both from the well known industry favourites to the new kids on the block. It seems like everyone has a point to prove. Its a genre that has so much space to incorporate elements from all kinds of genres.

Something amazing that has been brewing and bubbling on the surface in the last year is the alternative or experimental bass genres. These have found their way in many other prominent dance genres such as trap and dubstep to name a few. Artists are creatively experimenting with different sounds, mixing together different elements of sound creating new genres. We’ve heard this taking place with the release of Ivy Lab’s 20/20 album. Future bass, “Beatz” (a phrase coined by Noisia) to describe the sounds that can’t be categorized. Radio-shows like Noisia Radio have been exposing listeners to alternative bass music. This is the main trend that we will hear a lot of in 2016.

With this being, these are possible trends we are expecting based on last year’s stats. Music always changes. We will have to wait and see what’s to come.