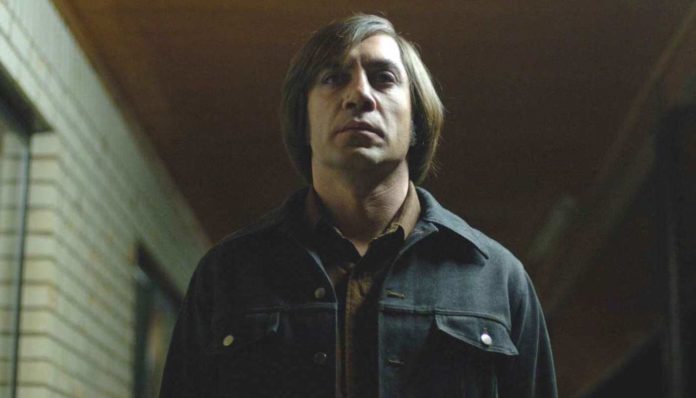 The Coen brothers released No Country for Old Men in 2007.

The movie adaptation of Cormac McCarthy’s novel is considered to be one of the best offerings ever released by the directorial duo, but there are questions as to whether it could have been even better. The most notable thing about the movie was that it barely featured a score. This made it stand out and earned it plaudits from critics, but it didn’t lead to a trend in the industry. The fact that this didn’t happen highlights how important soundtracks are in entertainment.

One of Only a Few Films Without a Score

It wouldn’t be entirely true to say that the Coen brothers’ western had no score at all. There were a few brief instances within the film when music was used. But with the ending credits included, this only amounted to 16 minutes of the soundtrack in total. The average film will feature between 45 and 120 minutes of music, and in a lot of films, it is ever-present. For this reason, No Country For Old Men could be considered a film without music.

The 2007 offering is one of an extremely short list of films to have not featured a full score. A handful of directors have experimented without music over the years, to varying effect. Sidney Lumet’s Dog Day Afternoon in 1975 only features three songs throughout, all of which are diegetic. Another great offering released in 2005 was Michael Haneke’s Caché. The psychological thriller aimed to shake up the common conventions in cinema and, along with having no score, included strange camera angles that didn’t provide any perspective.

Would it Have Been Improved With More Music?

No Country For Old Men was a major hit, and was also met with widespread critical acclaim. Indeed, it was picked as the 10th-best film of the 21st century by a panel of 177 film critics in 2016 for the BBC. The Coen brothers were lauded for their technical abilities and the way they created a genuine Western feel in every scene of the movie. They solidified their position as probably the best living directors in the genre.

Despite the plaudits, there is a question over whether the film could have been even better if it had included a score. Ethan was the one who suggested that they should go with a minimal soundtrack, and his brother was initially sceptical but came round to the idea. Some critics commented on how in the absence of a traditional soundtrack, other sound effects such as footsteps and beeping transponders became more suspenseful.

But would this have been improved with a haunting score? The fact that a version of the film with a soundtrack was never released means that viewers will never know whether it would have been better. But looking at the way music has improved entertainment ubiquitously suggests that it could have been.

Music Has Been a Powerful Tool Across Other Forms of Entertainment

Ever since the early days of cinema, music has been an incredibly powerful tool in adding to the enjoyment of seeing the images on the screen. In fact, the soundtrack was a constant element in silent films. In the cinema of the era that covered the late 1800s to the mid-1930s, there was no diegetic sound whatsoever.

Instead, there would often be live music accompanying the words and images seen on screen.

Because of this early association, music continued to be an integral part of cinema throughout the ages. It has proven to be a powerful tool in creating suspense in thrillers, intensifying action scenes in superhero movies, and stirring uplifting feelings within audiences of romantic films. For certain genres, it is an essential element. For example, it would be hard to imagine horror films without an eerie, off-key score.

They just wouldn’t be able to generate the same feelings of fear without music – one of the best examples comes from the soundtrack of The Thing by Ennio Morricone. Soundtracks have spread way beyond the cinema industry as well, and are now hugely important in other forms of entertainment.

They have become an integral part of slots, for instance, and can add to the atmosphere. When people open the Immortal Romance slot, they are transported to a gothic world of vampires, with dark and unsettling music. Or on mobile, when users open a popular endless running app like Temple Run, the offering needs an intense and thrilling soundtrack to reflect the urgency of the action on the screen.

Films Are Often Remembered for Their Soundtracks

While No Country For Old Men may be remembered for its lack of soundtrack, it could also be a hindrance to viewers’ recollection of the film. This is highlighted by the way certain sound clips can instantly transport listeners back to the scene of a film in which they heard it first. There have been a few iconic clips that have achieved this feat.

Everyone will remember the shower scene from Alfred Hitchcock’s Psycho in 1960 because of the perfectly fitting soundtrack that accompanied it – even people who have never seen the film know about this. Another movie score that had a similar effect was in Star Wars. The soundtrack that accompanied Darth Vader’s appearances is one that many people will be able to recite on demand. You’re humming it now, aren’t you?

The Coen brothers made a bold decision when they chose not to include music in No Country For Old Men. The film was impressive enough to garner resounding appreciation, but could maybe have been improved with the inclusion of a score. Music is such a vital part of all forms of entertainment, and has long been a proven way to enhance everything from films to games.