If you haven’t heard of them earlier, you definitely need to know them now as they are catching up amongst the trance scene, and they are definitely the ones you should watch out for.

Pino Benji is essentially a collaboration of three talented producers from Finland. Before we dig a little deeper on how they came into being, let us understand who these lovely producers from Finland are. The three main members of Pino Benji are Tuomas Kallinen, Jussi Vuorivirta, and Sauli Ollonen. Pino Benji’s name has been catching up at a very fast pace in the trance scene. Their break out Anthem that did the rounds i.e. Lost in a Feeling was a collaboration with the singer Sylvia Tosun.

How did they form Pino Benji?

Tuomas, Jussi, and Sauli share a common love for melodic trance. They have had quite a few collaborations before they formed Pino Benji. But, their roads crossed again at a time when none of them had any serious projects going on. This happened in April 2015, when Tuomas had moved back to Helsinki from Barcelona. Tuomas instantly connected with Jussi only to realize that Jussi and Sauli had already been discussing founding a new trance project and from then on they were three.

Once they knew they were going to do this together, they sat together to think of what their stage name should be. Jussi suddenly spoke aloud and said ëPino Benjií. While the guys shared a laugh and did not give it much heed at first, the name started to grow on everyone. From then on, the trio was known as ëPino Benjií.

Who is their inspiration?

Well since the Pino Benji trio shares a love for melodic trance, all of their main inspiration is in the same zone. When they were asked about their inspiration, they said – Paul Van Dyk, Tiesto, Faithless, Armin van Buuren, Matt Darey, Super8 & Tab. They also aim to meet Armin van Buuren in person and want to play a b2b set with Paul van Dyk. Now, that would be one crazy set.

What are their plans with their sound?

Pino Benji has already created a buzz with the release of Lost in a Feeling, and have raised the bar for all their future releases. They are taking the trance scene by storm with their classic sounds of trance music. Moreover, they aim to play at all the large festivals in the world. We are definitely going to keep an eye out for them. Apart from that they also want to play at the Ministry of Sound and want to be remembered for a legendary mixtape that they will create in the near future.

There is sheer talent in this trio, that is yet to be seen. We are eagerly waiting for new sounds from them. Having said that, the most interesting thing this trio is doing apart from creating music is, launching a unique club which is to be launched in January 2019 in Turku, Finland. If only we could all fly to Finland for its launch! But, we know it will be one of it’s kind.

The story of Pino Benji is as quirky as the trio themselves. The most amazing part about Pino Benji and their music is that do not believe in creating music that helps create a great perception of themselves amongst fans. In fact, they always make sure to give a 200% to every song they produce. They strongly believe that songs should be created by focussing on the music on entirety without worrying about anything else, as then the final tunes will always make for an amazing effect on people.

Well, the love and passion for music have already led to the creation of their break out anthem Lost in a Feeling. We are waiting to hear their next set of tunes eagerly. For now, you can check out their latest anthem – Red Lightning. 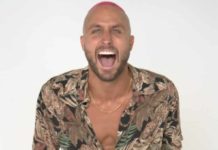