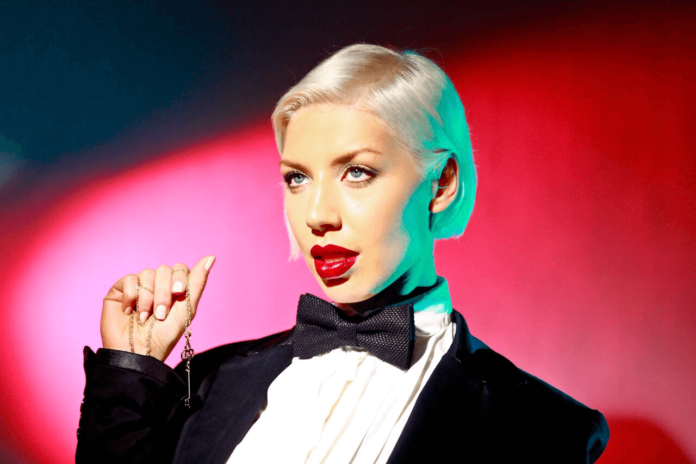 America based Russian born Polina Goudieva AKA Polina, is the electronic music vocalist everyone wants to work with. Whether it’s working with the likes of Eminem, Steve Aoki & Tiesto to the likes of Todd Terry, Kaskade, Moguai or Laidback Luke her versatility within the scene has seen her work with some of the very best DJ’s & producers going right now.

Coming through with a release via Ultra Music on May 27th was the latest single from LA based, Russian born singer/songwriter Polina. Classically trained, she is increasingly in demand as an artist, and ‘Little Babylon’ is a testament to this.

Ever wondered what Polina prefers listening to in her spare time? We did and we caught up with her to figure out her top 10 favourite tracks of the moment! Read on. 🙂

She is just so effortlessly cool. This song always puts me in a good mood and pumps me up for the day.

It’s such cool song and groove. James’ voice is like butter to my ears. It reminds of some early Prince B-sides.

Heard this when I was playing a show in Beirut this summer. Can’t get enough of this song. I just love her emotional charge and quirkiness. The video is so simple an unique.

She makes shameless pop cool and credible. Definition of the Diva of the new age

With the summer coming to an end is still my guilty pleasure. Not an easy one to cover – as the original is so amazing but Dakota totally nailed the feeling and gave the song a new twist.

This has been out for a while but still is my “going out” jam. His flow sick. And for me it’s definitely one of the best videos to come out in recent years.

The promo tour around my single “Little Babylon” has kept me in Europe most of the summer. And every time this song comes on I’m feeling the good vibes and think of home – the sunny LA and feel lighter.

8. The Chainsmokers – Don’t Let Me Down

This song makes it into your system even if you don’t it want it to…I caught myself singing “don’t let me, don’t let me” in my sleep. It’s great to see a dance music artist like Chainsmokers to cross over in such a big way.

My label mate (on Ultra Music) – I really like these guys. There’s something very infectious and sexy about this song. It puts you in state of tribal trance and Sofi’s voice is just so soothing and cool.

A fresh tune from my collaborator on “Book Of Love” Felix Jaehn is awesome! I like the “bad-ass” message of the song. I actually met and wrote a song with Alma in Berlin, she was a super cool and totally rocked it on the mic.