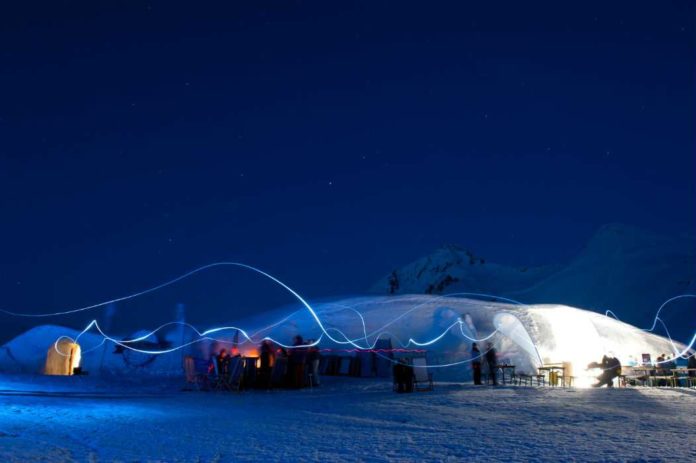 Ever danced inside an igloo with the stars as your canvas and the world’s greatest DJs as your soundtrack? The Smirnoff Arctic Disco at Snowbombing festival needs to be seen to be believed. The lineups for 2017 are revealed today – choose from acts including Gorgon City, Disciples, Redlight, DJ Yoda and Super Hans!

Set atop Mayrhofen’s mighty Ahorn mountain, the Smirnoff Arctic Disco at Snowbombing is one of the world’s most unique party venues. An ice cool igloo, 6,000 feet above sea level and a destination without equal, the Smirnoff Arctic Disco plays host to a world-class selection of DJs each night, giving 300 lucky ticket holders the chance to party at the top of the world with nothing but the sky and the stars above. London based production trio Disciples will be bringing their club brand ‘The Following’ to The Smirnoff Arctic Disco on Wednesday 5th April. Joined by Dirtybird founder Claude Vonstroke who is sure to bring the party spirit.

Check the complete lineup for Snowbombing

With stunning views across the Zillertal Valley, beautiful sunsets, roaring fires, hot gluhwein, bouncing dancefloors and chill out areas complete with luxurious fur rugs, the Smirnoff Arctic Disco at Snowbombing is a truly once-in-a-lifetime experience. Tickets sell out fast so don’t miss your chance to party at one of the most iconic venues in global dance music.

“To celebrate this year’s epic festival season, Smirnoff, the world’s most popular vodka brand, is proud to be the official vodka and partner with the biggest festivals across Europe including Snowbombing, teaming up great music and great drinks to make the week one to remember.” – Nicholas Cornbleet – Brand Manager Smirnoff Europe / Diageo