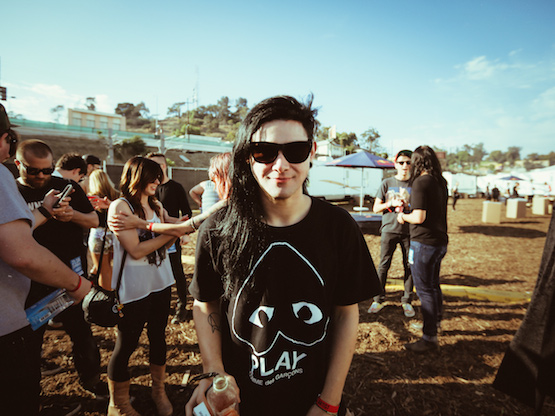 This week we present Part 3 of the Skrillex Special, celebrating his India tour. So how much do you really know about Skrillex? We are featuring 6 facts about the mega star DJ/Producer in this week’s feature.

1. Ever heard people talk about seeing music in colours or shapes, even textures? Well its actually a fact, the condition is called Synesthesia. Along with Kanye West, Charlie XCX, Skrillex has this condition. Talk about artistic vision.

2. Back in 2008, Sonny played his first gig as Skrillex in London at Underworld.

3. We all know that Sonny has roots in the rock scene, but at the age of 12, young Skrilly discovered Aphex Twin and soon became obsessed with IDM, acid house and glitch among others.

4. Skrillex is a massive sci-fi geek. Oh yes he totally is. His favourite film amongst others is Final Fantasy VII: Advent Children. Way cool.

5. When it comes to fashion and trends, Skrillex made the asymmetrical hairdo infamous. In terms of his own personal style his mantra is“Black and white all day everyday”. Can’t really go wrong with that combination.

6. Before “Skrillex”, Sonny was known as “Twipz”. It was his first moniker as a solo artist, producing electronic music!