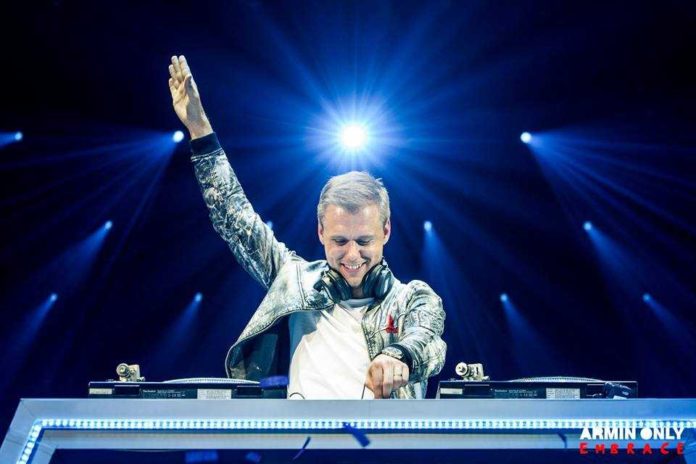 We all know about Armin van Buuren’s passion for his concept shows. Be it A State of Trance or Armin Only, Armin makes sure that the event showcases something new to blow your mind every single time.

With Armin van Buuren putting together the biggest ‘Armin Only’ show of his career this week at the Amsterdam ArenA titled – The Best of Armin Only, it’s the perfect time to find out a little about the story behind Armin Only, and the titles of each of the Armin Only show tours.

Armin Only started out with Armin van Buuren’s legendary lengthy sets. Armin wanted to play longer sets and show his more creative side, and hence was born ‘Armin Only’. The venues early on though, were some of the biggest clubs in the world. Until, of course, Armin gained widespread international popularity, and decided to take the show to the ‘Next Level’.

The ‘Armin Only: Next Level’ concept shows began in Rotterdam in 2005, at the Ahoy indoor event arena. This was the first glimpse ever, that the world got, about a concept show that has gone on to become as legendary as the man behind the show as well.

Armin is usually assisted in these shows by live dancers, artists who have collaborated with him on various tracks, his brother who is a very popular guitarist himself, and many many more. Every tour is recorded and an after-movie showcasing the stand-out moments of the tour is released.

Apart from some highlights of the live performances, the movie also gives a sneak peek into the tedious planning and execution required for a show of that scale, and shows how Armin is often trying to push the limits of creativity along with integrating new possibilities through the application of technology. One such application of technology is a software that helps read Armin’s CDJ, which helps the crew figure out the graphics, helps the backstage team know when artists and dancers are due on stage and for which track, and helps everyone know if Armin has changed his mind and is queuing up a different track altogether! Armin says this helps him “freestyle”, which is actually the essence of the show, and helps make the show even more spectacular.

The titles of these shows have since been inspired by Armin’s studio albums like Imagine, Mirage, Intense and Embrace.

This May, Armin will play a couple of shows in his home country Netherlands titled “Best of Armin Only”, to celebrate 20 years of his DJing career. We wish him all the best for these shows and hope he continues to create great music!