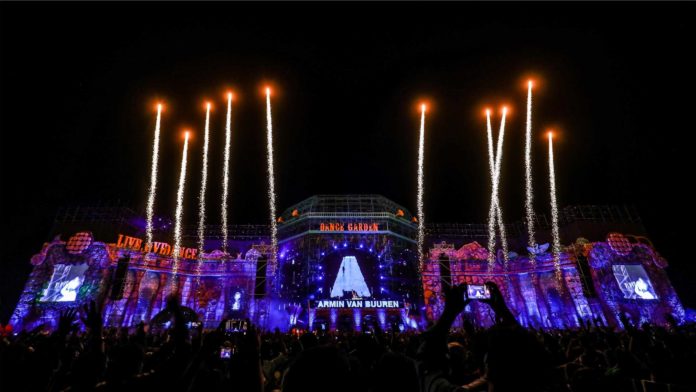 For 2016, Sunburn 10 celebrating it’s 10th edition, moved to a new destination. This year’s edition promised to be bigger, better and bolder. We attended day 1 of the festival and here’s our pick of highlights from day 1 of Sunburn 10. The sun, sea and sand were gone, but the music shined even brighter. Miss K8 played a sun down hardstyle set with all of the festival goers at their altar of mass destruction. Dannic delivered an electrifying high energy set of the ultimate dance music anthems, packing in grade A production and fresh new music making way for the headliner of the evening. Armin played a 2 hour trance set that blew everyone away. He managed to play the classics while throwing in some major tracks meant for a festival stage. Overall the entire day was magical. Armin played chartbusters like Intense, Pulsar, Communication, which kept the BPMs high throughout the course of his main stage ensemble. The Main Stage titled Dance Garden was impressive as usual, props to the light shows!