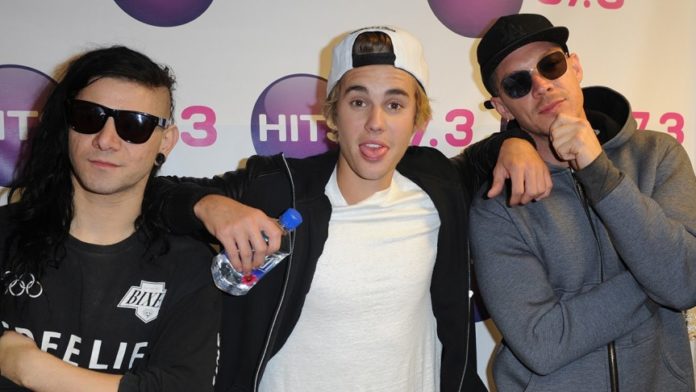 Its time to countdown the top 10 most memorable & defining moments of 2015! This year’s been quite an eventful one especially in the dance music scene with EDM booming like never before. In no order of preference, here are our top 10!

1. Skrillex & Diplo make everyone a Belieber Probably the biggest and most exciting news of 2014 came when Skrillex & Diplo announced they were gonna be working together as Jack Ü and releasing an album in 2015. Fast forward a few months and the duo had created a sensational track with none other than young sensation Justin Bieber. Topping the Billboard charts & breaking all kinds of records, ‘Where Are Ü Now’ became a global hit! In-fact Jack Ü whole album was a super hit and has even been nominated for a Grammy!

2. Lean On becomes the highest streaming track on Spotify Major Lazer & DJ Snake’s collaboration, ‘Lean On’ easily ranks up as the most successful electronic track of 2015. Becoming the ost streamed track on Spotify is not easy but Major Lazer & DJ Snake along with the help of vocalist MØ managed to do just that with a mindblowing 526 million plays worldwide. Memorized those dance steps yet?

3. Tiesto introduces us to KSHMR at UMF Now we all had heard of an artist named KSHMR yes, but had anyone ever seen him? Not many people knew who this mastermind really was. Well, go back to Ultra Miami and it was Tiesto who brought out the producer on stage to play their new track ‘Secrets’. Skip on to 13:30 to relive that moment… The DJ Mag results surprised a lot of people. Not only were artists such as Eric Prydz & Knife Party left out of the top, but the poll clearly showed that it did not take into account any of the artists’ talent but only based on numbered votes and nothing else. Even Hardwell, who made it to No. 2 was not happy with the results and took to Twitter to vent out his frustration. Calvin Harris sure proved to the world why he was the world’s highest paid DJ. Continuously breaking records of all sorts from being the highest paid celebrity couple with Taylor Swift to winning big at the AMA’s & BBMA’s to breaking records with his album, Motion. He may not have made it to No1 but I’m sure he’s pretty happy where he is at the moment.

6. Deadmau5 uses Twitter to troll & rant out his feelings Okay honestly, we can’t even link you up to all of the mau5′ twitter rants/beefs/trolls cos there have been so many. Twitter has been Deadmau5′ favourite outlet for the year and the only thing that’s come out from the artist this year, besides music has been Tweets. From arguments with Skrillex to Dan Bilzerian to Avicii and even Disney, deadmau5 has proven to be the ultimate cry-baby of EDM (though we do agree with him on certain points).

7. Rain man breaks up from Krewella Yep, 2015 saw Krewella break up from being a trio to just a duo of the two sisters. Reports of Rain-main allegedly being kicked out surfaced and lawsuits followed as the Krewella sisters’ reputation went down even further. Krewella did get back after changing their logo and starting fresh but we’re not sure it worked out for them that well.

8. Zac Efron stars in ‘We Are Your Friends’, flops miserably The movie every EDM fan hated even before it released, WAYF starring Zac Efron failed miserably at the box office and proved that fans wont swallow anything with a bunch of DJ cameos in it. The movie’s promotional team tried its best by hosting parties and events to celebrate the launch of the movie but even that didn’t seem to work. Yep, Instagram went a bit cuckoo for a while this year when it decided to ban the hashtag #EDM. In an order to regulate content on its portal, Instagram banned a series of hashtags one of them being the word ‘EDM’. Though the website did reverse the ban soon enough, it does make you think- why did they do it in the first place?

10. Martin Garrix goes against Spinnin’ Records to reclaim rights to his music Record labels had been taking advantage of their artists for quite a while now and 2015 saw Martin Garrix breaking up from Spinnin’ Records. Not only that but Garrix sued the company for rights to his music… and won! Go Garrix!

So that’s about it for our top 10 moment of 2015! Share the list if you loved it and let us know if we missed out on any key events!