The times and things are both changing thankfully, and with the rise of female musicians going head-to-head with everyone and breaking down every barrier, we are hopeful that soon we will have equality in the music community.

Saluting those who are doing their best, we compiled a list of the top 8 female artists leading the pack right now. 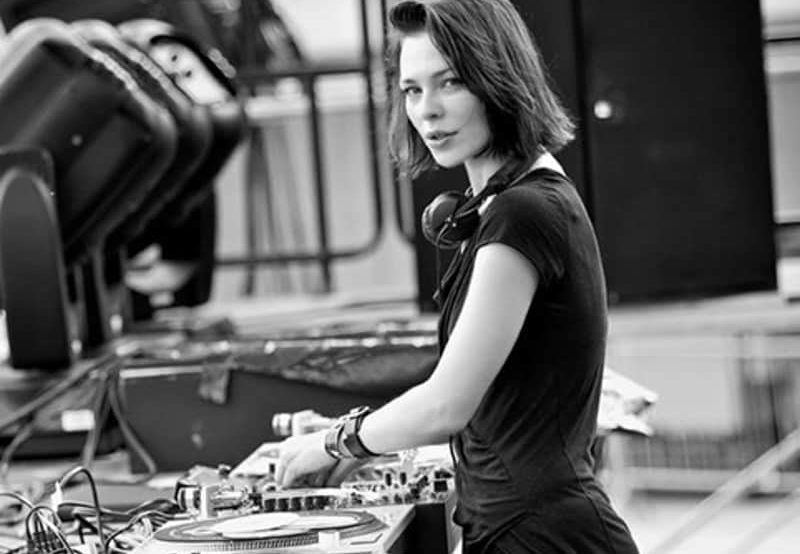 Nina Kraviz, a native of Irkutsk, Siberia, Russia, has made some big waves in the past year. With a dental degree at the age of 19, doing dentistry on astronauts, publishing a fanzine, playing for brands, and having a club residency on Friday nights, Nina saw a lot before taking up music full time. She began listening to electronic music broadcasts on the Europa Plus network at early hours in her hometown of Irkutsk. Her first attempt to learn music and attend Red Bull Music Academy in Seattle failed as she couldn’t obtain a visa, rather she attended the following year in Melbourne instead.

Kraviz released her self-titled debut album through Rekids in February 2012 and then launched her own record label in 2014, named trip (English: Trip). Her career also includes writing the music for Cyberpunk 2077, she voiced her cameo in the game itself, in Russian and English.
Nina is destined for global dominion as a true Russian Empress.

Check out her amazing DJ set inside the beautiful Eiffel Tower for Cercle:

A pure definition of class Berlin-based South Korean electronic music superstar Peggy Gou is known to all. She performs more than one hundred live gigs a year and has performed with artists such as Moodymann, The Blessed Madonna, and DJ Koze. Among her international performances have been those of Coachella and Glastonbury, Sonus in Croatia, Amsterdam’s Dekmantel, London’s Printworks, Ibiza, Amsterdam Dance Event, Primavera Sound in Portugal, and Barcelona’s Sónar.

Gou was named one of Forbes’ Asian leaders, pioneers, and entrepreneurs under 30 in 2019. As a producer “It Makes You Forget (Itgehane)” is one of her most memorable tracks which has won the Best Track award at AIM Independent Music Awards and is listed on the tracklist for FIFA 2019.

She is also the first female Korean DJ to play at Berlin’s most exclusive club, the Berghain. She has her record and fashion label named “Kirin” and “Gudu”.
Remaining a magnetic DJ, producer, record label owner and merchandise designer who continues to surprise, she is also very active on social media, displaying her lavish lifestyle.

Here is a glimpse of her during the action:

This year’s Alternative Top 100 DJs list by DJ Mag includes the techno ranger at No.1. One of the most recognizable techno DJs, Charlotte de Witte first started DJing in 2010, mostly playing electro music.

She went on to win the Studio Brussel DJ contest in 2011 and play at Tomorrowland that same year. To avoid negative stereotypes against female DJs, she adopted the alias Raving George and released her debut EP in 2013. She began using her real name in 2015, dropping her alias.

In 2019, Witte launched her label, KNTXT, featuring artists such as Chris Liebing, Monoloc, Alignment, etc. after performing at prominent electronic music events like Junction 2 Festival, Boiler Room, and Printworks. She is a true techno burner, and her journey has just begun.

Having clubbers all over the world in her grip, Amelie Lens is right at the center of the hard and fast techno trend. As a resident of Hasselt’s Labyrinth Club, Lens began curating her own parties under the name EXHALE. As part of Lens’ EXHALE parties, regular showcases have been held at London’s Fabric Club, as well as at Creamfields, OFFSonar, Dour and Extrema festivals. As a producer, her debut release came on Italian label Lyase, as well as Second State by Pan-Pot.

Prior to DJing, Amelie worked in the fashion industry, which she left in 2014 & started performing under the name Renée (her late mother’s name). Her early musical influences included Nine Inch Nails, Underworld, Boys Noize, and Ellen Allien.

Her fascination with electronic music developed at 16, after attending the 2006 Dour Festival in Belgium. She has been on the circuit in Belgium since 2009, playing then as RENEE and making music for fashion industry brands like Yves Saint Laurent and Armani, before Tomorrowland made her big and is now one of the most demanded artist.

With the apparent style of house music that Nora En Pure creates and plays, she takes the audience on a gentle and healing journey. Queen of Deep House, South African-born and Swiss-based, she has been working hard to become the pinnacle of the dance music scene for the past few years.

Her musical career began in 2009, when she released her debut productions via the Enormous Tunes and Tokenish labels. She was catapulted into the spotlight with her breakthrough track ‘Come With Me’, garnering extensive support from industry greats and attracting wide attention to her sound.

This was followed by being in the Top 100 of Beatport’s download list for more than seven months. She made her debut with the single “Saltwater,” which contained elements of Spandau Ballet’s “True” and was included in the Buddha Bar compilation of 2012. She has performed at festivals including Coachella, Burning Man, Tomorrowland, Panorama NYC, and Joris Voorn, Carl Cox, and others.

She teamed up for a live set with Beatport and Microsoft Surface, as part of their Game Changers series. Check it out below:

Eli & Fur are a DJ and electronic music producer duo comprising Eliza Noble and Jennifer Skillman, hailing from London, England. They have been working together since they were in their teens. The group has a background in songwriting and while they started in DJ music, they are moving into live acts.

Instead of mixing other tracks. Since their emerging on the scene, they have become known for delivering some of the most sensational soundscapes for listeners to explore with their releases on labels like Anjunadeep, Spinnin Deep, and Armada. The duo’s debut track, “You’re So High” reached the top 3 on Hype Machine and has since received nearly 5 million views on YouTube. They are taking things ahead with their debut 2 part album “Found In The Wild” which was released earlier this year.

Check out their first ever live set:

Alison Wonderland, the ferocious woman is an Australian electronic dance music producer, DJ, and singer. She trained as a classical musician, specializing in cello, and performed with the Sydney Youth Opera and indie rock bands in Sydney.

Her debut album, Run, came out on 20 March 2015, reached number six on the ARIA Albums Chart, and was certified gold by ARIA. She debuted at No. 1 on Billboard’s Top Dance/Electronic Albums with her second album, Awake.

Furthermore, she was the highest billed female DJ at Coachella in the past. In addition, she is a part of ‘Underplayed,’ a documentary film directed by Stacey Lee about the struggles of women in electronic music over the 2019 music festival season due to continued gender inequality in the music business.

The bad girl among the boys, Isabelle Rezazadeh, aka Rezz (styled REZZ), is a Canadian DJ and record producer from Niagara Falls, Ontario. After signing with Deadmau5’s record label Mau5trap, she released “The Silence is Deafening and Something Wrong Here”. On August 4, 2017, Rezazadeh released her debut studio album, Mass Manipulation, with its follow up, Certain Kind of Magic.

Ethnically a Persian-Ukrainian, she began DJing at the age of 16 and played other artist’s music until she was inspired by a Deadmau5 concert to create her own. Rezz was spotted by Skrillex on a blog and things took a definite turn for the better and in 2021, deadmau5 and Rezz collaborated on a track called “Hypnocurrency”. Rezz is the inspiration for the Arcane Light LED goggles popular among fans and also has given permission for a license for them to be sold.

Check out her live set below:

What do you think of Top Female DJs Of 2021? Don’t forget to let us know your picks too.