Top Upcoming Female DJs Of 2021: Throughout the history of the music industry, female DJs have been influential and powerful. Seeing women leading the industry has been inspiring.

Women are making a stronger presence around the globe, indicating that we are experiencing a change in culture and support. To name a few, international acts like the late K-Hand, Nina Kraviz, Peggy Gou, Nora En Pure, Eli & Fur, Charlotte de Witte, Krewella, Nervo, Rezz, Alison Wonderland, etc have made it clear that women are a height and have always been represented to grow in an industry highly saturated and associated with men, proving they can rise to the occasion.

There is no doubt the new wave will be driven by female artists. Here is a list of those who are leading the way: 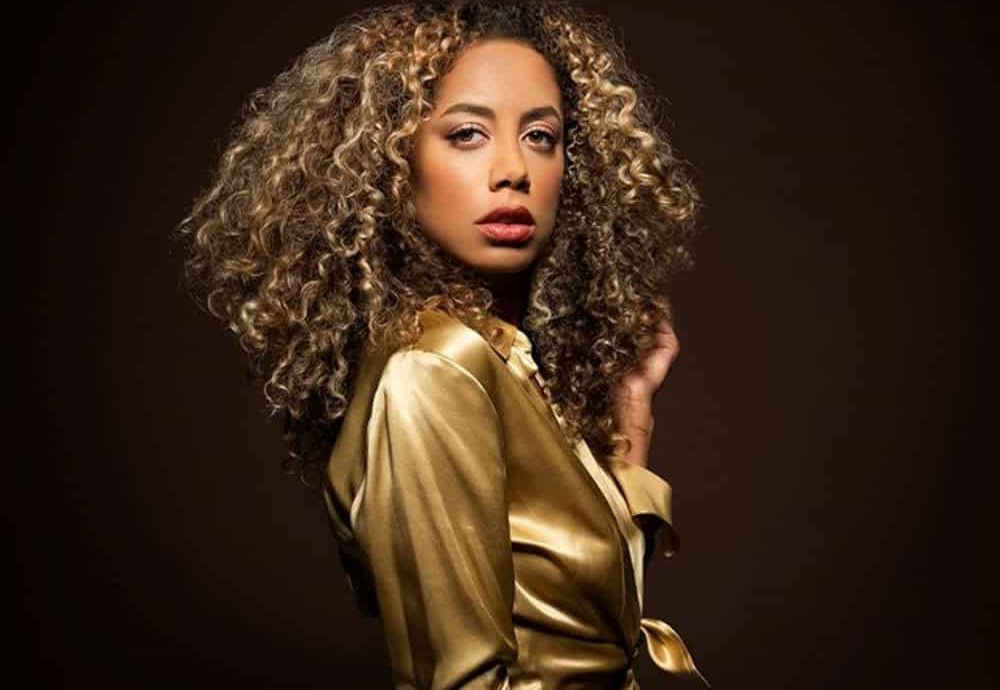 Jayda Guy, better known by her stage name Jayda G, is a Canadian DJ and producer of house music. She began researching music through online services such as Napster as a teenager, discovering the albums of Jimi Hendrix and house music artists.

While pursuing her master’s degree in Resource ad Environmental management, she DJed at local venues. She began taking her DJ career more seriously in 2016 when she moved to Berlin, the same year she released her first solo album on an independent label she created with Fett Burger. Participating in Boiler Room x Dekmantel she has toured the world playing more international festivals.

In July 2020, she released the EP Both of Us / Are You Down, which was nominated for a Grammy Award in November 2020 for Best Dance Recording.

Listen to her journey on an interview with the NME:

Discwoman’s FAUZIA’s music is inspired by the juke sounds of Chicago, as well as the explosion of breaks from the UK underground in the 1990s. As a tastemaker, she has welcomed the likes of Kode9, DJ Taye, Mall Grab, Scratcha DVA and Ikonika to the decks.

FAUZIA’s irrepressible talent for worldwide selections compliments her fast-paced energy with a unique transatlantic twist. In addition to BBC Radio 1, she has featured her mixes on Resident Advisor and Crack Magazine. With the first taste of her productions on the horizon, she’s gearing up for a fresh year and displays no signs of abating her work.

Check out her takeover at Fabriclondon:

A veteran of the scene, DJ Manara first appeared on BBC Asian Network as part of the residency program in 2018. Her unique mix of Desi hip-hop, club and Bollywood samples has made her an international DJ, appearing at London’s Wireless Festival and for Boiler Room.

As a host of monthly radio shows on Rinse FM, BBC Asian Network and NTS, Manara showcases cutting-edge club music alongside a diverse collection that celebrates what she is known for: the art of blending.

Check out the art in motion below: 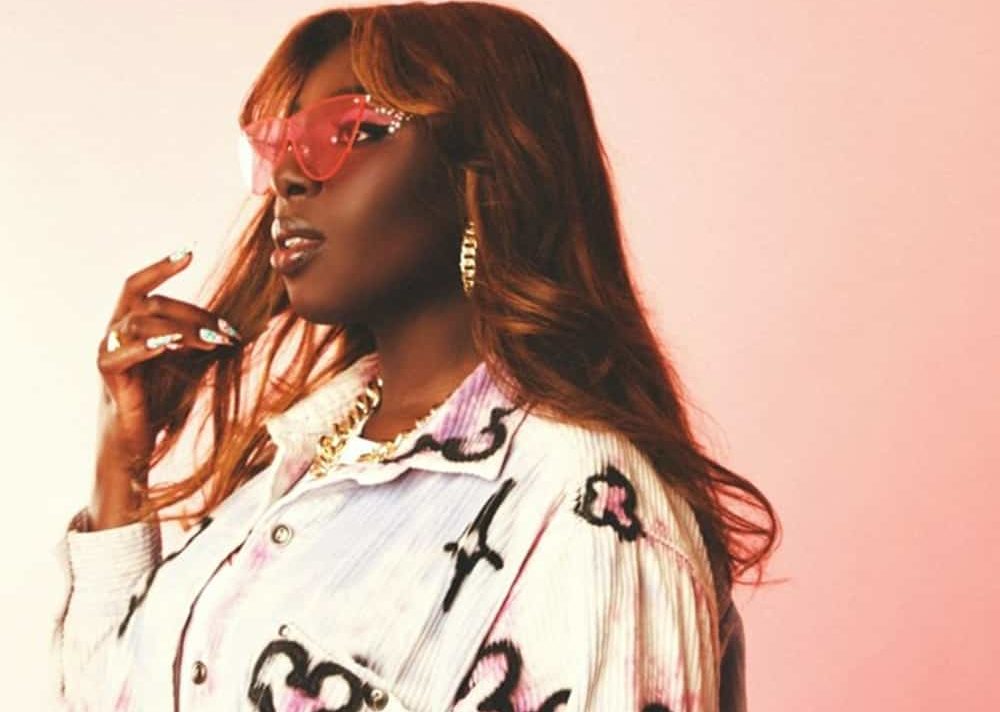 The fastest beatmaker to churn out three tracks in three hours, Anna-Marie Odubote aka Anz started her career by winning Red Bull’s Riddim Rally. As an award-winning artist, Anz’s mixes across genres and knows how to interact with UK Garage, Electro, Jungle and more, creating an unpredictable yet vibrant approach to contemporary club music.

The ‘Breakthrough DJ’ award was given to her at DJ Mag’s Best of British Awards 2020. After releasing her EP in summer 2017, Anz has gained critical acclaim for her up-tempo releases.

She also features annual production mixes on NTS Radio shows, and also has residency on BBC Radio 1. Anz has established herself as one of the UK’s most exciting young selectors. With no signs of slowing down, expect a nod to seminal scenes and a lot of vibes from her.

Canadian DJ and producer Nino Brown has grown exponentially in this scene over the past few years. As a teenager, she attended small D&B raves with some experience from her hip hop/dancehall background, which gave her the confidence to pursue DJing.

She is one of the co-founders of the party series “Yes Yes Y’all,” which has become one of Chicago’s most popular events and an integral part of both the hip-hop and art scene. We can surely count on her to challenge the status quo.

Watch her doing a B2B with Young Teesh for Boiler room:

Enjoying reading our list of Top Female DJs Of 2021?

With her ferocious fusion of jungle and footwork, Sherelle has become one of the most desirable DJs in the UK today. Being one of the top gay Black women in the field, she has become an inspirational figure for communities.

Sherelle represents a new generation of high-speed ravers who love jungle, drum ‘n’ bass, footwork, and juke. The dance music veteran has played sweat-soaked basements for independent promoters and hosted radio shows on Rinse, NTS, and Reprezent, three of London’s most popular stations. As she builds a following and a rep, it’s time to take her message to the world.

Watch her b2b set with Tim Reaper for Beatport:

Professionally known as Moxie, Alice Moxom is an English DJ, music publisher, and event promoter. Moxie began her career as a radio DJ, covering Kiss FM in 2010. She currently holds one of the longest-running residencies on NTS.

Her weekly show is devoted to the latest underground house, techno and beyond. A number of the leading artistic forces in dance music appeared on her show, including Jeff Mills, Midland, Four Tet, Honey Dijon, and more. In 2016 she founded the On Loop record label and events company, intending to promote women in the electronic music industry, welcoming artists such as Matthew Herbert, Josey Rebelle, Leon Vynehall, K-Hand and Joy Orbison, in venues across Europe and the UK and was considered one of Mixmag’s Top 20 labels as well.

Mixmag identified her as part of a trend that favours DJs rather than traditional producers as music “selectors.” She is now considered one of the most prominent DJs in the UK and beyond. Resident Advisor lists her among the top 1000 electronic music artists worldwide. She seamlessly fuses classic house to obscure leftfield breaks, glittering disco with percussion, entertaining and educating audiences wherever she plays.

Check out her skills here:

As the founder of Daytimers, a platform for underrepresented Asian artists, Gracie T runs the creative collective. During this year’s Daytimers Boiler Room, her B2B set with Chandé wowed the crowd at London’s Color Factory.

Currently, she’s a resident at Hope Works, Sheffield, and Threads Radio, London. As a DJ, she spins everything from Dancehall to Grime to Jungle and Footwork. She has supported artists like Conducta, LCY, Anz & Jossy Mitsu. Her work is being recognized across the globe and this is just the beginning.

DJ, singer-songwriter, actor, and true-blue breakout star who emerged during the pandemic, Kayan has now segued into one of the most coveted musicians in India. Since she started her career as a singer with two acts, Kimochi Youkai and Nothing Anonymous, she has developed her own sound.

She has played top music festivals like Nh7 Weekender Festival, Echoes of Earth Festival, Sula Fest, and also opened for Bonobo at Vh1Supersonic. Ambika is not only a live performer, but also a recording artist who has appeared in commercial ads, films, and Web series.

Additionally, she is a model who has walked for many reputable brands. Motivational speaker at TEDx, she spoke about her life and her message of self-belief. With songs like Please, Cool Kids and Be Alright as a solo artist, Kayan is soon going to become one of the biggest electronic acts in India.

Check out an interview that talks about her journey:

What do you think of this list of Top Female DJs Of 2021? Don’t forget to let us know your thoughts.

The Connection Between Music And Gambling