Techno is a genre that has evolved and now officially rules the world.

The thumping that began in the Detroit warehouses is now heard in every club on earth. Music is not the only thing that has contributed to his success, but also the artists who carried the torch of music forward. The scene has been shaped by artists like Adam Bayer, Jeff Mills, Carl Cox, Nina Kraviz, and others.

It’s time to introduce the new people who will carry and carry the flag forward.

These upcoming techno artists deserve your attention. Here’s our list of the upcoming Techno Djs of 2022:

A chart-topping French producer, Space 92 is the brain behind the best-selling Beatport Techno tracks and currently stands at No.1.

After discovering electronic music as a teenager, Space 92 began composing and producing. He mixes trancey Techno, distorted percussion, and a touch of Acid with underlying nostalgia and sensitivity – perhaps inspired by his passion for vintage 80s sci-fi.

His remix for Hungarian duo Twins Project, “Bass in your Face”, was an instant success, entering BP’s Top 10. Other releases followed such as “Dune” on Umek’s label 1605 and a collaboration with French techno duo Cosmic Boys. Space 92 & YellowHeads have released what would be the year 2020’s biggest Techno hit: “Planet X”, which sat four consecutive months at Number 1 and is still currently in the Beatport Top 100.

Through organizing illegal raves and becoming one of Slovenia’s most wanted export products, he is responsible for kickstarting the electronic music scene in his country. Now he is the world’s leading ambassador for techno music.

Throughout his career, he has played gigs at the most renowned festivals as well as dark underground clubs in Berlin. Every year, he travels around 100 times, visiting almost every continent. As well as making a name for himself in the DJ booth, he’s also an ardent producer. Many of his tracks land at the top of Beatport’s charts after being released on his own imprint 1605.

His experience and skills as a professional musician led him to pursue entrepreneurial endeavors after more than 25 years in the music industry. He founded Viberate (www.viberate.com) with his managers to build the world’s largest music platform.

Oliver Heldens’ HI-LO is the darker side , pushing the boundaries with futuristic sounds .

Oliver was awarded the coveted position as the #1 most supported dance artist platform-wide for his two 2020 tracks ‘Zeus’ & ‘Kronos’. Many of his releases inspired by the Greek Gods, like ‘Poseidon’, ‘Athena’, ‘Hades’, and most recently ‘Saw of Olympus’ and ‘Balearic Mornings’, contributed to HI-LO’s #6 spot on Beatport’s best-selling Techno chart last year.

In addition to a massive remix for Nina Kraviz’ ‘Skyscrapers’, HI-LO delivered his debut EP on Drumcode ‘Hypnos’, which includes the title track and the dance floor stomper ‘Hera,’ proving his relevance in the Techno scene.

Eli Brown is a standout artist in the world of techno and house music. With releases on Repopulate Mars, ViVA Music, Toolroom, Truesoul, Ultra, Big Beat, We Are The Brave, and more, it’s easy to see why he’s the best selling artist on Beatport. Carl Cox, Green Velvet, Fisher, Claude VonStroke, Black Madonna, Denis Sulta, Calvin Harris & Annie Mac are just a few of the big names that have endorsed his productions.

Eli Brown continued to build on his ever-expanding accomplishment list last year with releases on Relief Records, Sola Records, and Elrow. He has appeared at Miami Music Week, toured to South America including two separate runs in Ecuador & Brazil and also made his debut at iconic London club fabric (a personal highlight for the Bristolian).

The UK producer has been on a prolific streak with anthems like ‘Brazil’ (Repopulate Mars), ‘Inside My Head’ (Black Book Records) ‘Our Love’ (Truesoul) and ‘BS48’ (Big Beat) causing damage on the international club circuit.

A raw and caustic talent, Eli Brown continues to cement his reputation as one of dance music’s most innovative and forward-thinking DJ & producers heading above and beyond.

It is no secret that POPOF is one of the most well-known names in techno and house music.

As one of the most popular artists in his category, POPOF is very in demand for his remixes and has worked with a number of different artists, including Depeche Mode, Chemical Brothers, Moby, BookaShade, Vitalic, Tiga, Maetrik, Martin Solveig, among others. In addition to his early work on Turbo, Cr2 and Mistakes, POPOF also released on Sven Väth’s Cocoon outlet, Kerri Chandler’s Kaoz Theory, Jamie Jones’ Hot Creations, Nicole Moudaber’s Mood, Adam Beyer’s Truesoul, among others.

A string of remixes followed his two singles, “Words Gone” and “Going Back,” which were performed by Jamie Jones, Luciano, Magda, Kerri Chandler, Eats Everything, Lee Foss, Marc Houle, Oxia & Miss Kittin. Among the remixes for “Lidl Girl” were ones by Kerri Chandler, Shaun Reeves & Tuccillo and Carl Cox Collective.

After performing Strings of Resistance at Ultra Miami and Latin America, followed by other shows worldwide, it’s safe to say he’s a name to watch

Dj and producer T78 hails from Italy and is the founder of the techno label Autektone Records. With a weekly podcast featuring all the best new tracks for T78, Autektone has gained an impressive following.

In addition to being a highly skilled DJ, he is also an accomplished musician.

Combined with his outstanding production quality and unique way of approaching techno, he rose rapidly in the scene. It is exciting to listen to T78 sets, which include productions like Blast-Attack, Fisto, Acid Lick, and a remix of “All the hurts we made” by the legendary Moby, as well as exclusive tracks from friends in the industry.

He takes his audience on an intense musical journey with his high energetic grooves, which never fail to impress. 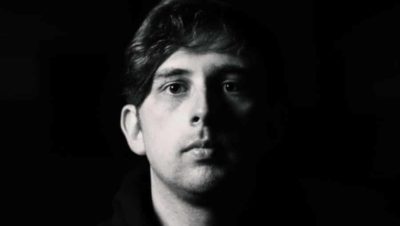 In rave circles, Rebuke is known as the ringmaster.

One of the most exciting new artists in years has emerged from the white-hot atmospheres of the Irish underground music scene over the past 18 months. Rebūke is a DJ and producer creating something new and genuinely exciting.

He creates his own sound by mixing techno, house, and rave records from the early ’90s. With a steady place in the Beatport Top 10, he has established his own ER* Music parties, kicking off with sold-out shows reflecting his huge popularity.

From Dubfire to Diplo, Sven Väth to Fisher, he has an ever-expanding fan base and Adam Bayer, Carl Cox, and Pete Tong are among his biggest supporters.

He discovered the delights of Chicago and Acid House when he landed in Tenerife on vacation in the summer of 1989. After returning to the UK, he immediately set out in search of this newfound music and bought a pair of turntables, birthing a musical career.

As a prolific artist, Mark Broom has worked with some of the biggest labels in the world, including Blueprint Records, Rekids, M-Plant, EPM, Cocoon, Bpitch Control, Warp Records and Ifach with Baby Ford. His name is always associated with Intelligent Techno.

Among the artists he has worked with are Robert Hood, Floorplan, Alan Fitzpatrick, and Gary Beck.

By tapping into rhythm and groove, Rene Wise’s approach to music and DJing merges into one concept. Before discovering electronic music, Wise studied drum and percussion under the guidance of his Iranian father, a professional drummer. The techno he crafts is heavily influenced by this..

Using a raw but modern touch, Wise creates atmospheric soundscapes with a sense of knowledge and maturity, captivating the listener from beginning to end. Throughout his sets, he consistently demonstrates this, maintaining a strong sonic trademark while creating hip-shaking polyrhythms and multi-deck elements.

The ‘quality over quantity’ mindset Wise adopts has seen him work with some of the most respected names in music, including Mote Evolver and Beard Man.

Currently standing at No.1 on Beatport Techno Raw and Deep charts Marcal is a Brazilian artist from Goiânia who has been soaring up the South-American charts for the past few years with his consistent presence around the globe with his odysseys of spellbinding swing and haunting atmospheric sounds.

His impressive consistency has earned him accolades from some of the global techno scene’s big guns, including Ben Klock, DVS1, Rødhad, Freddy K, Luke Slater, Setaoc Mass and many more.

With club material of the finest quality, his trade of choice, hypnosis-inducing, sanity-combusting, bursts to even greater explosive effect throughout his performances. Marcal stakes out his territory in sheer badman style with his intense groove, intelligent rhythms, compl