Markus Schulz won the title for a record-breaking third time!

Having hit the #1 spot in DJ Times magazine’s annual reader’s poll back in 2012, Markus repeated the feat just two years later. Having seen off competition from a host of fellow US DJ glitterati, Markus – famed for his open-till-close sets and energetic performances – brought home the title for a record-breaking third time.

On receiving the news, Schulz said: “this is such an incredible honor. I have never been in this industry for the purpose of winning awards, and my biggest accomplishment in life is having the ability to connect and entertain those who believe in me. I take absolutely none of this for granted, and I count my lucky stars every day that I am able to do what I love for a living.

I’d like to sincerely thank everyone at DJ Times for their continued support, all of the promoters who facilitate my passion in the clubs and festivals throughout North America, and the core team around me who sacrifice so much in helping me achieve my dreams. And most of all, my adoration goes towards the fans… because without them, none of this is possible. To have received this award once would have been incredible, but to be recognized as America’s Best DJ for an unprecedented third time, over a seven-year period, also demonstrates how continually loyal and passionate they are for my overall palette of work”.

Ahead of his set at Marquee, Schulz was presented with the #1 position prize – the much-coveted golden Pioneer DJ mixer. 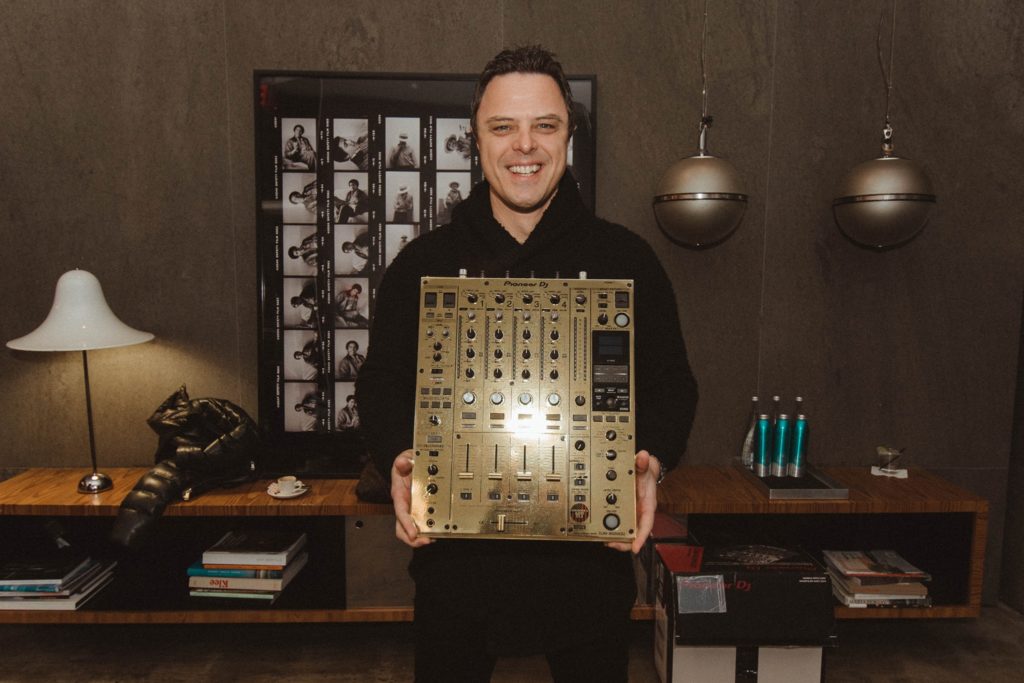 Following the theft of his previously awarded mixers during Hurricane Irma looting back in Sept, 2017, the moment proved especially sweet for the Miami-based DJ. The award also caps off an extraordinary year for the DJ/producer – one that’s seen the release his first ‘In Bloom’ and ‘Afterdark’ EPs, and – in the form of ‘We Are The Light’ – his seventh artist album.

Mix Of The Week: John Dopping

featured Akshay Bhanawat - October 28, 2020 0
John Dopping is a professional composer, instrumentalist, and producer with over a decade of experience across club music, progressive rock/metal, and jazz. John’s solo career...

EDM News Akshay Bhanawat - October 27, 2020 0
The 25th edition of Amsterdam Dance Event, which took place digitally over the past five days has reached millions of visitors from around the...
ABOUT US
What started as an interest, slowly turned into a passion, and before we knew it, we had curated and founded a thriving community of avid electronic dance music lovers.
FOLLOW US
© Copyright 2020 - T.H.E Music Essentials