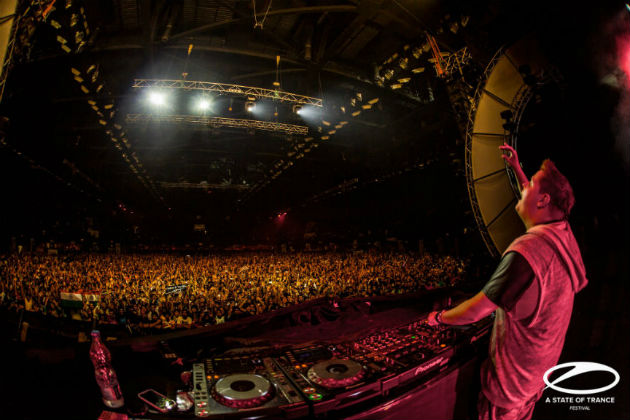 If there’s anyone who’s constantly pushing boundaries with his sound, it’s Orjan Nilsen. Responsible for some of the biggest anthems, that the world of trance has seen, Orjan’s discography makes him an automatic choice for the biggest events on the planet and very rightly so.

With a sound too diverse to categorize into one genre, the Norwegian stalwart is the pioneer of the evolving sounds in the scene. Being named amongst the ‘future of trance’ is no short order and Orjan’s meteoric rise to fame is firm testament of the statement. With the ever polarizing opinions on the topic of trance, Orjan (or Erh-yan, as his name is pronounced) is of his firm opinion on the tempo as well as his expression of his style of production which plays to his comfort zone. On his recent exploits at the A State Of Trance Festival, Asia, brought to you by Sunburn Festival, we had the chance to catch up backstage with the man himself to talk about his recent experiences and making his much awaited return to India!
Here are some of the excerpts from our interview:

It is very important. Armin does so much touring, radio, music yet, he always has the time to speak to new producers and advise them. Usually, DJs/Producers earlier would just take the records from young producers and get recognized across the globe. However, DJs like Armin not only take the time out to speak to you but also try and give you a platform on which you can showcase your music. This is very important as it gives you confidence to try out things you never would, out of the fear of failure.

3. On the pressure that today’s generation of producers feel – Is it more important on making stuff that people like so that they manage to sell records, or make stuff that they like, which in turn leads to moving away from the mainstream and hence, sell less records.

Well, there has to be a balance. If you are a producer and if you can’t sell tracks, what’s the point? At the same time, you can’t completely give up on the sound that inspired you. You need to ensure that your sound is evolving so that it continues to be recognized by the newer set of fans but also, have something from the sound that has inspired you so that you do enjoy producing.

If you see my current tracks, the drops are inspired by the newer sets of sounds that fans these days seem to enjoy, but I also try and ensure that some of the melody is what was introduced to me when I started off. You have to maintain that balance. It’s a very thin line.

4. On India’s dance music scene and the rise of Sunburn Festival

Well, I came to Sunburn festival Mumbai in 2013. Even though there were a lot of fans that time, the response this time has been unbelievable. And honestly, its more than I expected. You play your tracks here and the audience recognizes them and sings along with you. The dance music scene here has grown fantastically and Sunburn Festival has played a key role in that.