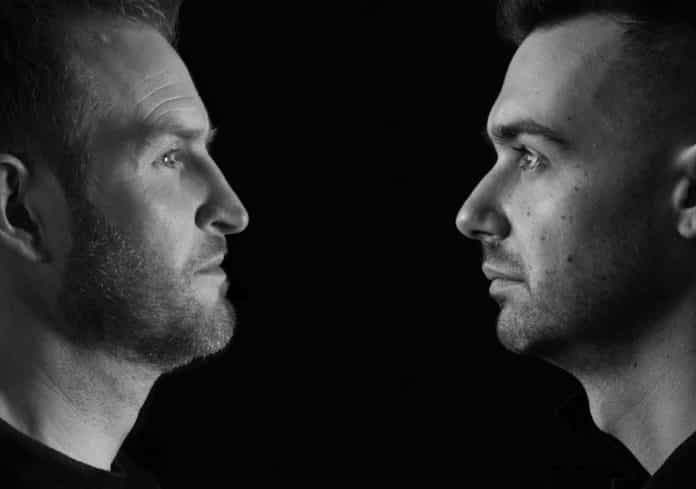 Alex Sonata & TheRio discuss their latest EP, reflect back on 2021 and more.

Alex Sonata & TheRio – 2021 has definitely been our biggest and most productive year so far. We managed to finally meet in person for the first time in 3 years, where we also performed as a duo for the first time in our DJ set live from Milan. We had it lined up for so long, then the pandemic quite messed up our plans in 2020, but eventually we made it and it has been great! We also made our live debut playing at the ABGT 450 official warm up party at Ministry Of Sound as well as the official after party a few weeks later. Playing to a crowd for the first time was something special, even more so considering the weird times we’re all going through. On the music front, we had our first release on Anjunabeats back in April as part of the Rising series, followed up in the summer with our first solo EP. We also had our first collaboration with another producer, which was something we never did before and it turned out to be a challenging yet very satisfying experience. We are talking about Shane54 of course, with the track ending up being released on Armind a few months ago. Now we’re closing down the year with another EP on Anjunabeats which has just been released and is doing great so far. One of the tracks of this EP is “7334” which will be forever linked to one of the best memories for us, as we saw it played live by Above & Beyond themselves in front of over 10,000 people at ABGT 450.

Aditya – Your latest EP is an absolute banger! Could you please share the creative process of the EP?

Alex Sonata &The Rio – Thanks! We don’t actually have a pattern when it comes to producing music, we usually just go with the flow. “7334” started with the main melodic section first, the rest of the track was created once we had the initial breakdown idea fully complete. “State Of Mind” was the exact opposite as the main drop idea was the first thing we worked on, then the first drop and lastly we created the breakdown for it. And actually, there were many different versions of the breakdown for “State Of Mind” until we finally decided to go with the one you hear now. In terms of inspiration, we find it useful to listen to a lot of music of different genres and from different ages and not necessarily dance music.

Aditya – You’ve had a bunch of releases in the past, which would be your most notable release and why?

Alex Sonata & TheRio – Our “Are we dreaming” & “Higher” EP is the one that really stands out for us as it was a massive turning point in our musical direction, and really showcased the direction we wanted to go down moving forward.

Aditya – You’re signed to Anjunabeats, how do you feel about that?

Alex Sonata & TheRio – We’re absolutely delighted about it, Anjunabeats was a label both of us had our eye on for a long time. What we really like about it is the sense of community around the label and its artists, it really feels like being part of a big family.

Alex Sonata & TheRio – Well we’re both on different teams when it comes to this, Riccardo uses a Logic based set up, whereas Alex is more of a Cubase guy. Apart from that, we have a pretty humble set up to be honest. Couple of decent monitors, MIDI keyboards/controller and headphones, definitely nothing too crazy or full on here. We also both use the same VST’s, which for us are Diva, ANA 2 & Omnisphere. These are probably our tried and tested “go-to’s”.

Alex Sonata & TheRio – It was the typical “collab bro?” situation hah! It all started back in 2018, as we first got in touch on Instagram after supporting each other’s tracks for a while. We talked about music a lot and finally we decided to give it a try doing something together. We actually realized that we worked really well, so we planned another one straight after. Before we knew it, we had made like four or five tracks, so we started discussing the possibility of making our partnership official, which we eventually did a few months later in early 2020.

Aditya – What are the challenges that you encounter when you’re playing as a duo?

Alex Sonata & TheRio – As we were both solo DJs first, there was a bit of an adjustment needed to start performing and feeling comfortable as a duo, but generally speaking we got along pretty well behind the decks since the very first try, which has been the live stream we recorded last summer. It’s all about having fun while playing and trying to convey energy and good vibes to the ones standing in front of us. Sure track selection can be a bit tricky sometimes when we’re making sure we’re incorporating both of our tastes but most of the time we’re in agreement about this, we don’t recall having a major fight on this matter so far.

Aditya – Being in a duo, I’m sure there’s conflict of interest happening. How do you deal with that?

Alex Sonata & TheRio – Actually, about 99.9% of the time we’re both on the same page with our musical direction and with every other choice we make. Our main issue comes with the occasional breakdown in communication, since we both speak different languages and sometimes that can be a challenge for us trying to make each other fully understand what we have in mind, but we’re improving everyday on that front.

Alex Sonata & TheRio – Well, that’s a very unexpected question ahah! We were actually thinking about doing a classic vinyl set in our next streaming, considering that, as 80’s and 90’s kids, we had the chance to put together a decent collection in our younger ages. We may talk for hours about the audio quality, the sound’s warmth, about how good it feels to be able to touch the discs etcetera, but to be honest, we don’t expect such a massive vinyl comeback in people’s everyday lives anytime soon. Sure it’s a collector item and it has its own fairly wide market niche, but from a more pragmatic point of view, it’s the most expensive and demanding way to “consume” music (we hate using the term “consumption” in association with music, but still). For DJ’s is simply not sustainable to carry around bags and bags of 12” on tour, unless you’re Sven Vath. On the contrary, we can’t wait for streaming based-CDJ’s to become a thing, that would be revolutionary!

Alex Sonata & TheRio – For Covid to be permanently and irreversibly over! We all had enough, ain’t we?

As for ourselves, we have some new music down the pipeline of course, trying to step up our game day by day. We can’t wait to finally open up our gig diary and start playing out more regularly: we are counting down the days to our first festival appearance, which is set to be in February at ASOT 1000 Utrecht (crossing fingers that it won’t be postponed again), as well as some other surprises that we’ll disclose as we go. We are genuinely psyched to enter the new year, we got a feeling that it’s gonna be a good one!