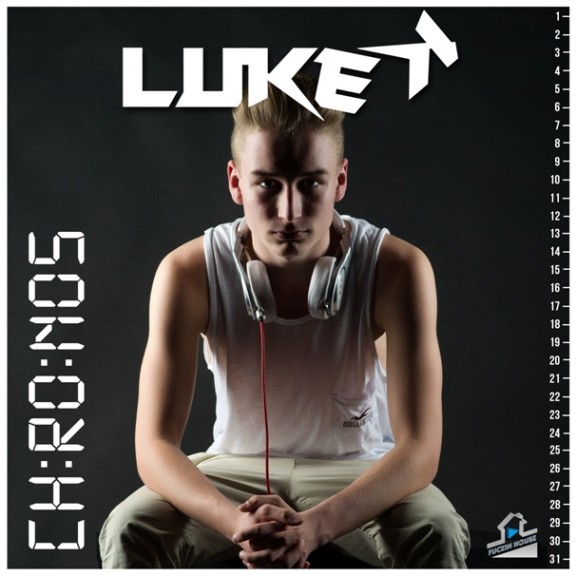 Up-and-coming DJ and producer Luke K is quickly becoming one of Austrias leading, young talents and at just 17 years old he is making a name for himself within the Dance music scene.

Luke K has already played numerous top events such as: Colorbash, Supergau DJ Clubbing and Stadtzauber, Lake Festival and Beatpatrol Festival. Winning the Electric Love Festival talent contest was Luke Ks first big break into the electronic music industry and hes been given a spot on their main stage, playing alongside some of the worlds best spinners including: Tiesto, ZEDD, Dimitri Vegas & Like Mike, MakJ, Armin van Buuren and Robin Schulz amongst others.

On the 28th of August, 2015, Luke K released his debut single Chronos and hes managed to land massive chart success with his very first production. Seeing such rapid ascension weve decided to have a chat with Luke K and unveil the workings behind his top-notch effort Chronos.

Matt Caldwell PR – Hi Luke K, thanks for talking to us. How are you today and whats going on in your world right now?

Luke K – Hi there! Im fine thanks! There are many new things to be announced soon.

Matt Caldwell PR – You’ve recently released a new single by the name of Chronos. How did this project come about?

Luke K – I was sitting in the studio playing my keyboard and somehow I came up with the melody for Chronos. I was like wow this is a nice tune and tried to get it finished – I think the result is cool!

Matt Caldwell PR – How would you describe this single in terms of sound and style?

Matt Caldwell PR – What got you inspired for this one?

Luke K – I didnt really get inspired, it came through experimentation like I said before  I was just playing the piano and suddenly I ended up with the right sound.

Matt Caldwell PR – How long did it take to finalise this single?

Luke K – All in all – about 3 months. I gave this track a lot of time and energy.

Matt Caldwell PR – Could you walk us through the production process behind Chronos?

Luke K – Sure – I began with the lead, Ive kept that the same since the beginning, Ive never changed it. Then I searched for a perfect bass-line and some nice, aggressive kicks. After that I produced a matching break to bring it all together into one nice song. Finally the mastering  that was it ;)

Matt Caldwell PR – Which plug-ins and sounds shaped the end result of this production?

Luke K – Puuh  this is a really difficult question! I was searching for one particular sound along the whole production process but in the end I found a Sylenth preset  but I wont tell you which one it is  that is a secret :D

Matt Caldwell PR – This is your debut release. How does it feel and what kind of other developments do you predict now?

Luke K – It feels really good  I had some good chart success: #4 of the German Big Room charts and #29 in the Austrian DJ charts. I am now really excited about what my up-coming single can bring to the table :D

Matt Caldwell PR – Chronos got signed by Fuckin House Records, which is part of the Balloon Records family. How did you spark a relationship with this label?

Luke K – I met the CEO of Balloon Records in my hometown at the first event I played as a DJ. We spoke a lot and he gave me his business card and said message me with a demo. I was happy like a little child in front of a Christmas tree *haha* – I am very glad that he invited me into his big family!

Matt Caldwell PR – Where would you imagine this single being played?

Luke K – On big stages by big acts worldwide – this is my dream, not only for Chronos but for all of my upcoming releases.

Matt Caldwell PR – Why should people listen to Chronos?

Luke K – Because this tune isnt like every other single out there – it has something special and unique.

Luke K – Oh yes, my new single Get Them Up is going to be released in November! I also started the Booty Tuesday – every Tuesday I release a new bootleg  its quite interesting!