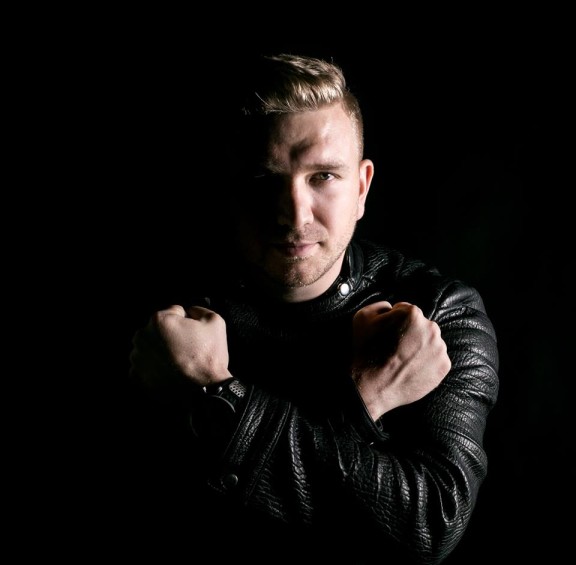 Production mastermind Rezone has just dropped news of his impending label launch for Rezonance – a new imprint that’s pursuing the best in futuristic and creative House music of all forms.

Leading the label by example – he’s lined up the first release – a monster cover of ‘Enjoy The Silence’ – setting the bar high for the label’s birth which will no doubt capture the attention of a massive network of lovers of original and innovative electronic music.

Matt Caldwell PR had a chat with Rezone about the debut label release and what went on behind the track in his studio.

Matt Caldwell PR – Hi Rezone, thanks for talking to us today. ‘Enjoy The Silence’ is lined up for release next month – you must be excited to finally get the first clips of the label out into the public?

Rezone – Hi, thanks for having me here for interview. Yes, I’m very exited. I have the label launching with the big upcoming release of this track. I’m very happy to start my new label with such a great production.

Matt Caldwell PR – How long has the label and the debut track been in production?

Rezone – I’m a big fan of original track by Depeche Mode and always dreamed about making a redesign of ‘Enjoy The Silence’. So, I’ve been holding this idea for the best moment – which is now – I’m ready to start my own imprint Rezonance. Production of this track took around two weeks, the basic idea and arrangement took only 3 days and around one week thatI spent on proper mixing and mastering.

Matt Caldwell PR – You’ve taken on a big job in referencing one of the most recognizable tracks in electronic music – did you have an idea before starting it or did you just want to lay down a version of a personal favorite?

Rezone – I’m always trying to realize my own original ideas and I’m happy that it often matches the global music market. I see this kind of fusion between Bass House and EDM like you hear in my track which is dominating on EDM scene right now.

Matt Caldwell PR – Let’s talk through the production and how it came together. Did you start with the original melody or work your own elements first?

Rezone – First of all I began trying to reconstruct the original melody and sounds. That wasn’t really easy as I wanted keep it similarwith synth sounds from the original track and only when it was done well that I started to work on a drop and the rest of the track! Also I had been thinking to record a vocal part and use it as a vocal shout/fill before the Drop, but I decided to keep it exclusive for my own gigs and radio show.

Matt Caldwell PR – Was it always the plan to just use the notation on the original or did you at any point consider sampling direct from it?

Rezone – Yeah that was a plan to make it more then just a remix – I wanted to make a complete rework closer to a brand new production, so it’s more ofa cover version than a remix.

Matt Caldwell PR – Talk us through the arp synth on the intro.

Rezone – That’s a looped part of wav sample from one of my libraries, processed with Izotope trash, Kickstart, stereo widener, Logic overdrive and a touch of EQ.

Matt Caldwell PR – Where did the main breakdown lead come from?

Rezone – It’s a mix of 4 different layers – 3 of layers are Sylenth1 and one is Spire.

All processed with Fabfilter Saturn, Logic EQ and some more plugins, especially the stereo widener is my secret weapon – Singomakers Magic Stereo, this plugin is not public yet, available for private use of several top DJs and producers but it will be going public at the end of 2015.

Matt Caldwell PR – The main drop on the bass is pretty crazy – can you give us a bit of insight into how that built up?

Rezone – Drop sound in my “Enjoy The Silence” is a mix of 5 layers, one sub bass layers (Sylenth), main drop bass sounds (Sylenth), one mid bass sound (Spire) which has a lot of stereo widening, one hi frequency plucky bass (Spire) and one percussion synth sound (Sylenth) which add some extra noise to the drop.It all goes to a group channel/AUX and compressed with Glue compressor + some extra EQing.

Matt Caldwell PR – Are the drums based from single shots or loops?

Rezone – All drums are created with one-shots. I’m not a big fan of using full drum loops.

Matt Caldwell PR – There’s a guitar (or synth) on the breakdown – is it a real recording or a synth/VST?

Rezone – Yes, this is a real recoding. Normally I’m not so good on playing instruments live, but this one was pretty easy to record :)

Matt Caldwell PR – Can you talk us through the mixdown? Anything particularly interesting or challenging in the process?

Rezone – Mixing is always hardest thing for me and I think it’s the same for every modern producer, as in our days your track should sound PERFECT,if you want it to be played by DJs, radio and if you want to see happy faces of your fans when they listen to it in club, at festival and on headphones via iPod – it needs perfection. So yes, mixing takes a lot of time, lot of tweaks and testing with super-hit references been done. I tested it 6 times in clubs and festivals before I did final tweaks on mixing and arrangement. It’s always like that with me, but I’m very happy with the result at the end.

Matt Caldwell PR – What are your go-to tools for mixing?

Matt Caldwell PR – Do you mix as you create or prefer to leave it till it’s all done?

Rezone – I’m trying to make everything sound correctly at an early stage, but final mixing I make at the end, during mastering stage, when a track is done or almost done.

Matt Caldwell PR – Do you self master or get it done third party?

Rezone – I always handle mastering myself, as I have a good studio and enough experience to finalise it properly. In the past I had bad experiences, when even top labels requested mastering from some services and the result wasn’t so good, at least it sounded worse than my version.

Matt Caldwell PR – Any sample packs in this that helped you along the way?

Rezone – I use a lot of samples and patches from Singomakers.

Matt Caldwell PR – How long did it take to bring it all together?

Rezone – It took a while, I think it took several months to get a final version!

Matt Caldwell PR – The production has a distinctive sound to it – is that a fashion that the following Rezonance releases will have?

Rezone – I’m always trying to add something fresh and brand new to my tracks, so you always would be able to find something new and exiting in future releases of Rezonance and from Rezone.

Matt Caldwell PR – Lastly – when can we get a copy?!

Rezone – Enjoy The Silence is set for release at 24 August!

Rezone – Thank you too!