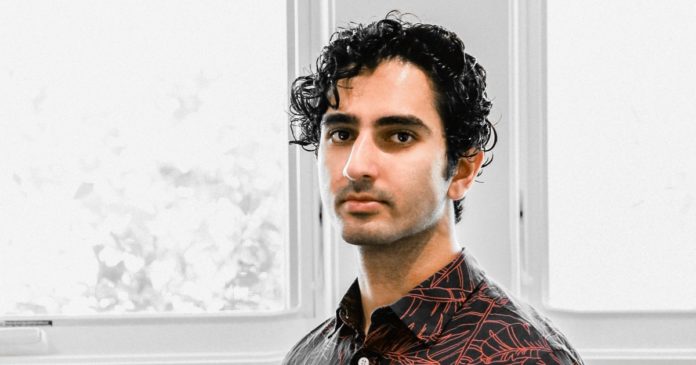 Hailing from California & currently based in Los Angeles, BLEAM is the musical brainchild of Persian-American Ryan Eshaghi.

Seeing an upward trajectory on the live scene; BLEAM played his first show at Summerlands Music Festival & since then – continues to take the Southern California scene by storm, supporting A-list artists including DVBBS, JOYRYDE, Firebeatz, Feed Me & many more.

In the studio, focusing on creating records that integrate unique melodies, piercing drums & captivating storytelling – his productions are often described as a left-field, kinetic blend of afterparty club music.

As BLEAM kicks off the year true to form with his anticipated new cut, ‘Car Pool’ – we caught up with the genre-bending House producer to learn more about his single & plans for 2021.

T.H.E – Hey Ryan! Welcome to T.H.E – Music Essentials. Can you share a little about your journey into the music industry & evolution to this point?

BLEAM – Heyo! Thanks for having me. My journey into the industry started with just listening to different types of music, and eventually realizing I could translate some of my piano skills to the computer, and I found my home in house music. A couple of my friends had begun producing at the time too, and I learned with them. I’ve found joy in working with all different types of people, and even working on more visual/video-based projects for my music. I was fortunate enough to sign a few tracks last year after working on a bunch of ideas in my bedroom and with friends – I’m looking forward to getting more records out and playing more shows as this pandemic dies down.

T.H.E – What’s the meaning behind your moniker “BLEAM”?

BLEAM – The name BLEAM is an informal computer science term, meaning to transmit data. I also wanted something simple enough but also powerful and clean. I mixed up some of the letters from my Persian name and my homies’ name and it worked out and happened to be a word that I really resonated with.

T.H.E – Congrats on your new track ‘Car Pool’ – can you tell us a little about the production process & inspiration behind the release?

BLEAM – Car Pool is one of those experimental records that I wanted to put out because I’ve always wanted to make some more minimal tracks with clean grooves. I ended up using the first vocal take I recorded, and the lyrics are from an old Lil Wayne record. The arrangement came naturally and was one of the quickest tracks I’ve made. My good friend Brandon also directed a mini video for the track and it turned out incredible (you can view it on my Instagram). It’s fortunately been getting some great DJ support and radio play, and I’m stoked to play it out live.

T.H.E – How long have you been producing & has there been a stand out moment / achievement, that you feel most proud of so far?

BLEAM – I’ve been producing for about 3 years now. I would say a couple stand out moments were signing to Mixmash Records and having one of my independent releases ‘Antigua’ reach 250k streams on its own. In the past I used to only strive for label releases, but now I have a more open-minded approach toward music distribution.

T.H.E – On the flip side, what’s been the biggest challenge you’ve faced to date?

BLEAM – The biggest challenge so far has been the lack of shows/live entertainment for the past year now. It was a huge motivator for me in the past, because I was playing in clubs, renegade sets, and parties. Now I’ve learned to shift that motivation more to the music and the creative process that happens behind the scenes.

T.H.E – Are there any specific labels or artists that have inspired your sound & can you describe your style in three words to us?

BLEAM – Artists that inspire me include Cloonee, Charlotte de Witte, Kanye West, Sia, Flume, MK, and Sohmi. In three words, I’d say my sound is a blend of kinetic, afterparty, and left-field.

T.H.E – And finally, as we look further into ’21 – what’s your main focus artistically?

BLEAM – My focus for this year is to hone in on more creative and intentful productions/sonic branding. Collaborating with other artists and vocalists is also a priority of mine for this year and next – just going with the flow and seeing where it takes me.

T.H.E – Thanks for joining us BLEAM, till next time!