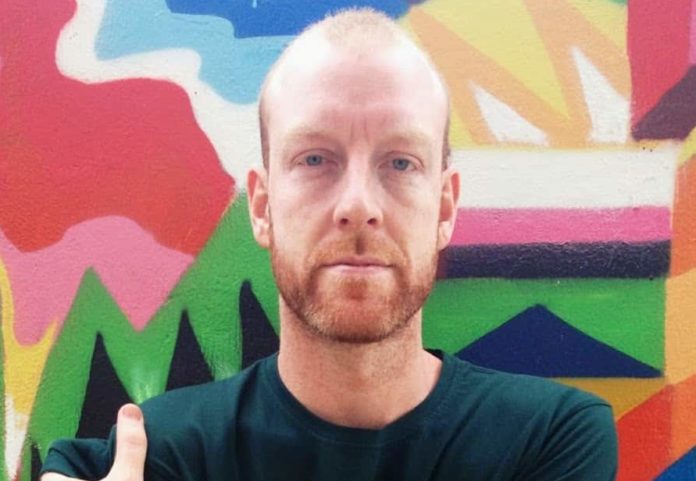 Dan McKie is an eccentric, approachable and talented producer who manages to share his passion for electronica on the dance floor and in the ears of the iPhone generation with his unique/energetic blend of DJ sets.

With the entire world under lockdown, the electronic music industry has been one of the hardest-hit ones, and with this in mind, Dan shares insights on how artists and label owners can continue to be proactive, and creative, during these uncertain times.

T.H.E – Hey Dan! Welcome to T.H.E – Music Essentials. How have you been coping with the COVID-19 lockdown, have you been keeping productive?

Dan McKie – As mentioned in other interviews lately I’ve made one track but I normally finish at least a release-ready track a week. I have had less time in the studio because of family commitments. Luckily I had enough material signed and ready for release until at least August. Trying to get some new bits finished now. Plus just finishing a remix for Rui Da Silva.

T.H.E – You’re an artist and a label owner yourself. How do you manage to keep yourself proactive, creative and at the same time, keep your well-being in check given what’s happening with the lockdown?

Dan McKie – Not going to lie, it is tough a lot of the time. I am lucky enough to be quite a strong-minded individual who has coped with rejection from labels for a long time, less so now but for years, probably a good 15 years it used to affect me a lot. I have learnt to be able to brush off rejection now as I will get on the labels I am aiming for as an artist. As for the label, that keeps me very proactive, the only thing that bugs me/gets to me are negative and demanding egotistical artists, luckily I don’t sign as much music from those kinds of people anymore as I know when something isn’t right ha. Some do slip through though. It’s a time-consuming job running a label and I have to be a jack of all trades to do so.

T.H.E – Are you applying any of these learnings for 1980 Recordings and 33 Music? What can we expect this year from the labels?

Dan McKie – What we can expect is good house & techno from some talented and known artists. 33 Music has a schedule ready to go until the end of the year with some quality releases ready to be heard. 1980 Recordings we have a lot to schedule and we have across the board music with some super talented producers on board.

T.H.E – You have held residencies in Ibiza, London, Barcelona and Andorra. Each city has such a different culture, and vibe. How have these experiences added to your evolution as an artist?

Dan McKie – It has added to my ability to read a crowd. I started as a cheesy DJ with a microphone which immediately helped me read a crowd. I then used that to read a crowd when I moved over to house & techno. Plus having residencies in different areas opens your mind to new music and how to hold a crowd/take a crowd on a journey. Of which I love to do. It has also helped develop my sound as a producer over the years. I hopefully have a bit of influence from everywhere in my productions.

T.H.E – Given that touring is no longer an option, what do you do to keep yourself inspired?

Dan McKie – I am enjoying doing my live streams. I do one every Friday at 16.00 (CEST) of a specific genre of house & techno with my IG followers choosing on a Thursday what I play on the Friday stream. I am talking to people about projects when this lockdown is over. There are always options, you just have to be clever about it and not give up on your dream just because of a hurdle, no matter how large the hurdle.

T.H.E – Tell us about the inspiration for your most recent single, “Dance”. Also the remixes, you have a variety of artists involved. How did it come about?

Dan McKie – I was inspired by the vocal. I worked on another track ‘Cake’ which was signed to EDX’s label pinkstar Black and the writer plus King hitz said they had another vocal. I listened and it was cool, as you can hear. So I wrote the backing track to it. On the remixes, I personally picked the remixers. Ming, I have known since meeting at ADE and wanted to get him on a project for a while. Greater Than Us, I heard a remix of his and it was great, so I contacted him and asked him. Noble North is a super talent I have discovered and he, I believe will do great things as he has a great fun jackin sound. I have released good tracks from him.

And the Known Unknown did a remix for my other label We Are Phonik (a multi-genre label), he had a traxsource no.1 in the progressive house genre so I got him on board with this one.

T.H.E – According to you, which 5 artists should we look out for this year?

Dan McKie – Noble North, I just touched on him above, Nice chap and talented. Fanatic Funk, he has a great sound and I am looking forward to releasing the music we have signed from him on both 1980 Recordings & 33 Music. Keees are going to do big things I feel, I have a collaboration out with them later in the year on 33 Music with a cracking Davina Moss remix. Lass (FR) is on to something, if he keeps it up. And can I say myself ha ;-)? It’s hard to pick 5, 1 or 2 is a good number as I don’t want to jinx anyone ha! I don’t like picking the usual suspects as they are already getting their trumpets blown.

Thanks for having me x

Hardwell Teases Something New Is On The Way Later This Week