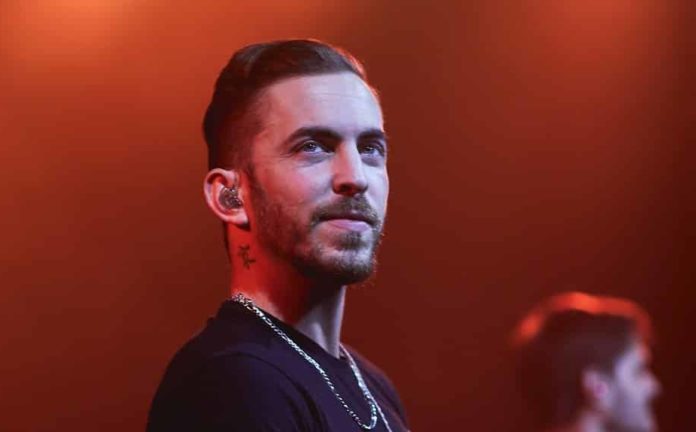 “Alien” is the first track off his forthcoming debut album. The self-produced single is about feeling like an outsider. It describes the feeling of not knowing where you belong or who you belong with.

We caught up with Dennis to speak about how “Alien” came about, and tried (unsuccessfully might we add!) to learn more about his upcoming album.

T.H.E – Hey Dennis! Welcome to T.H.E – Music Essentials. What have you been up to in these uncertain times?

Dennis Lloyd – In December 2019 I returned from my European leg of my tour and I told my managers that I wanted time to fully concentrate on making music as I’ve been touring quite constantly over the past two years. I began that process at my studio in Tel Aviv in January and headed out to Los Angeles to work with some writers and producers in late February. The week I returned home was when borders began shutting in the US. It’s been surreal but has really allowed me to focus on my music which is what I initially was planning to do anyway.

T.H.E – Your new track, “Alien” drops today. How did it come about, and why did you decide to name it as such?

Dennis Lloyd – Alien was the first song I wrote after returning home from the European tour. The tour was tough for me. 30 days, 20 shows, 16 countries on a tour bus. At some point on the road, you can lose track of where you are, waking up in a new city or country each day, to new people, cultures and foods. In a way, I felt like an Alien on a spaceship.

T.H.E – Were there any tracks or artists that inspired your production process for “Alien”?

Dennis Lloyd – When I’m in a creative mindset, I do my best to avoid listening to music in order to focus on creating my own sound.

T.H.E – We also hear there is a new album on the way. What can you tell us about it?

Dennis Lloyd – I don’t want to share too much just yet. All I will say is there will be something on this album for everyone. It’s very diverse sonically and in themes. It’s gonna be interesting, I promise.

T.H.E – It will be your first full project since the “Exident” EP which came out last year. How different will this album be from last year’s EP? What can fans expect from it?

Dennis Lloyd – The narrative and themes of this album are very different than Exident and one’s I have yet to share before. My hope is that this album will help listeners deal with tough times in their lives.

T.H.E – Are there any collaborations that we should look out for?