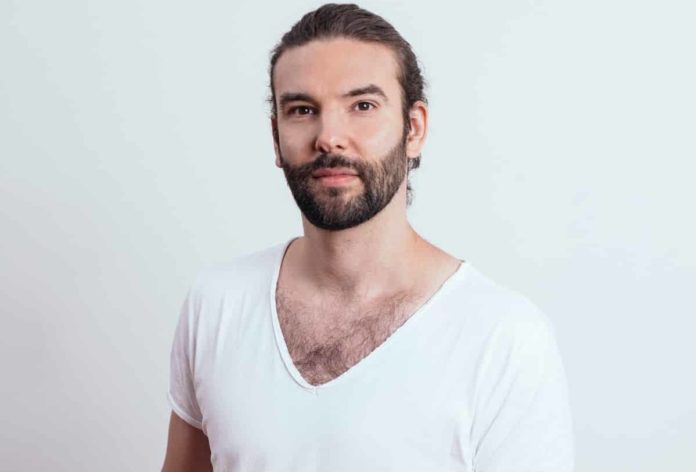 Another artist I caught up with lately is none other than Eelke Kleijn. This well-established Dutch DJ released a new track yesterday called “Rush”, which was a part of his live set for Cercle on Mont Saint-Michel during the pandemic.

We had a chat about what he’s been up too, his habit of playing in his socks and his live sets.

Elsi – Hi Eelke and welcome to this interview with TME! Not sure you need much of an introduction but let’s just say some people don’t know you…

Eelke – Well, my name is Eelke, I’m 38 years old and I’m a producer and DJ from Rotterdam, the Netherlands. I’ve done a lot of dance music for my sets, my live sets and my performances. I’ve also written music for TV, film and commercials That’s pretty much it!

Eelke – Quite nice and very intense! Also, because it was three weekends.

The first two weekends I played Thursday, Friday, Saturday, Sunday, so everyday gigs and flights. The last weekend was also three gigs on Friday, Saturday, Sunday. It had been quite a while since I’ve had such an intense touring schedule and also the jet lag was quite a while ago. But you know, I managed and it was fun! Lots of really intimate clubs and it’s just good to be on that side of the world again after pretty much two years, I think.

Elsi – So, do you prefer the small and intimate gigs or the bigger club and festival gigs?

Eelke – I like both, but if it’s a festival, I prefer not to be on one of those really big stages with all the lights on top of you and like really high above the people. I like it when you have a large crowd, but you are on exactly the same level as the crowd. The same is true for intimate gigs. I really love intimate gigs, but not if you are sort of on a pedestal, you know? That doesn’t really feel intimate to me anymore. It feels intimate to me if I’m on the same level as everyone and I can touch people.

Elsi – I read that you always play in your socks, so we checked it out when we saw you play and it’s true!

Eelke – Yup! I’ve had lots of issues with glass and all that, but I keep on doing it.

Elsi – Do you always have spare socks with you?

Eelke – There was a time when I would always take an extra pair, but often you forget. When someone spills their drink and you’re dancing in it, putting on your shoes at the end of the night is not the best thing for sure.

Elsi – So, as you mentioned in your introduction, you have quite an extensive career track including remixes for various big stars, movie music, radio, parties. Is there still an area you would like to dive in too? I mean, is there even any left?

Eelke – Yeah, definitely! With my music, I want to incorporate more natural instruments. Five years ago, I picked up guitar because normally I would always ask someone else to play guitar. But I just wanted to learn it myself so I could use it in my music. I’ve been doing that for a while and I’m now at the level where I can do like little things and in my music. I’ve been doing that a lot lately. Once I have that under my belt, I think I would like to learn drums as well. You can always learn more. Every song that I write, I feel like I’m looking for the best version of that song or something. There’s lots of songs still waiting to be discovered, you know, they’re out there and I just need to find the right notes and music. So yeah, I think there’s always more to do!

Elsi – Well, if you need a drum teacher, I know a good one who also worked with Armin!

Eelke – Awesome! I played drums like once or twice as a practice thingy and wasn’t great at it, but I do feel I first want to get the guitar and bass like really under my belt. Then we’ll move on to drums.

Elsi – Impressive! I mean, learning instruments to be able to do everything yourself? There’s not many people doing that! Especially when you’re older!

Eelke – Yeah, it is harder. Piano came a lot more naturally, but I was 12 when I picked that up. You are young and you learn it easily. I find guitar, I don’t know if it’s just me, but I find it a harder instrument to learn. It’s much more expressive!

Elsi – Now, I’ve read that you want to give a hybrid live show and I quote “which combines the best elements of live and DJ setups in one package”, care to share some more around this?

Eelke – Yes. I’ve actually played it for Cercle this year at Mont Saint-Michel. Instead of deejaying, it is based on two Pioneer DJS 1000 samplers. I’m pretty much triggering everything on the spot. Then I also have two keyboards, one is the Moog and I play it live and the other one is linked to my laptop running all kinds of VST instruments. I play that live also. The nice thing about the live show is that I can also improvise because a lot of live shows are sort of pre-programmed and there’s a lot of stuff you can do live, but it’s hard to extended it. For instance, if they ask, can you play 20 more minutes or something, it might be hard. With my live show I can because I can play every track live and just improvise the whole thing if I wanted to. I need to play it a little bit more for that because I started with the live show just before COVID I think in 2018 or maybe it was even 19. I played it a lot that year and then I didn’t play it for two years at all and then Cercle was the first time. But yeah, hopefully more in the future!

Elsi – An amazing location as well!

Elsi – You were there for a whole day with the tides going up and down?

Eelke – Yeah! We got there one night before actually, just to have a little bit of relaxing time as it’s a seven-hour drive from Rotterdam. Then on the day itself, we did the buildup and all the sound checks. You have to be there at a certain time because the tide sets in and then you can’t get off until, I think it was eleven in the evening after the show because the tide needs to go down again. To be honest, I didn’t see much of my surroundings because I was so nervous and so focused on my live set that everything around me was kind of blurry.

Elsi – You still get nervous?

Eelke – Yes, for live shows I do. Also, because Cercle is one of the only ones that does it like live live, whereas a lot of other live shows are always sort of pre-recorded. If something really goes wrong, you could do a retake or something, but not with Cercle. If it goes wrong, it’s on there forever.

Elsi – And last but not least, you have a new track being released on October 29th, what’s the story around it?

Eelke – Well it’s from my Cercle set and it’s called “Rush”. And it was actually a piece of music I wrote just for that Cercle set. I think it comes in around four or five minutes and it’s one of the opening tunes. It’s more of an ambiance kind of soundscape with a little bit of beats also underneath. But it was one of the few things from Cercle that had not been released or anything. So I figured, you know, why not release this and get all the music that’s in the set out there!

Elsi – Awesome stuff! We will make sure to check it out!