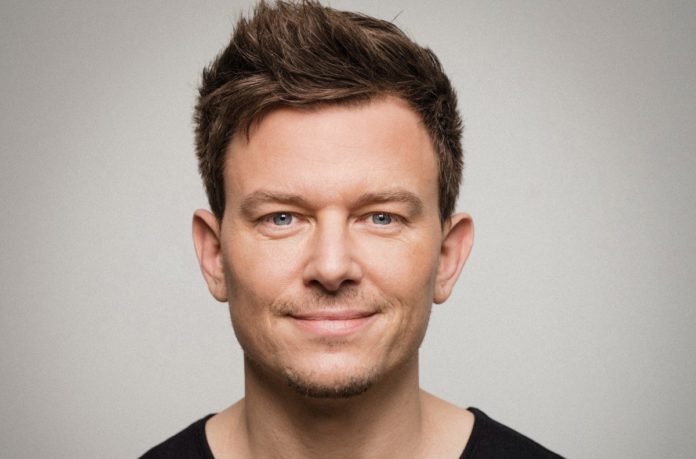 Following on from their earlier hit ‘In Love With You’, Fedde Le Grand and Melo.Kids reunited for the second time this year to deliver another energetic hit with ‘Losing Control’. The adored pairing will be blessing the airwaves once again with this slice of summer heaven, available now via Darklight Recordings.

We caught up with Fedde to learn more about this track, and the effect of the pandemic in general.

Varun – Hey Fedde, thanks for taking time out for this interview! How has the past year been for you?

Fedde Le Grand – At first it was somewhat confusing and a little bit scary, but once that settled in I kind of enjoyed the quiet for a bit and just doing nothing for a change. But after about 3 weeks I was done with that and needed to get moving and keep my mind occupied.

So, I started to make music like never before, especially pop tracks. That gave me a smile on my face. I also did some live streams. This got the creative juices flowing, so I got a bunch of ideas about what else I would like to do. Long story short, I ended up opening a vegan restaurant (Vegan Heroes) where I live. Amazing!

Varun – Given the unfortunate pandemic at the moment, event curators and promoters are constantly working to evolving the live music space. How do you think the pandemic has impacted artists, including yourself, in terms of creative processes or taking different approaches with their music? Given the online streaming domination at the moment, do you think it affects the approach to the kind of tracks that you propose to work on?

Fedde Le Grand – Yeah totally, as I said before I’m more focused on full vocal tracks than my usual club tracks. I released two huge club tracks just at the beginning of the pandemic, one with Afrojack and one with Dimitri Vegas and Like Mike and W&W, but both tracks couldn’t reach their full potential since there were no festivals or clubs open.

So, it became pretty clear pretty to me to switch to vocal pop tracks. They are something that I always loved to make but never really had the time.

Varun – Given your illustrious career spanning decades, how have you adapted to the changing times and evolution of dance music over the years, with your own music and DJ sets?

Fedde Le Grand – I mean music must flow, and if styles change you must find your flow again or you must find elements in other styles that fit you. Adapting is the key, but in your own way. I mean, painters also always go through different phases in their life, so I think it’s a normal process that also keeps work interesting.

Varun – We’d like to congratulate you on your new release ‘Losing Control’ alongside MELO.KIDS! Can you tell us more about the creative process behind the track and how the collaboration came about?

They pitched a sketch of the track that I thought was amazing, but still needed some work. So, I took the time to get it where I wanted it to be and I think it turned out amazing. It’s a delight to work with the MELO.KIDS — they are super talented producers and great people.

Varun – What has been your inspiration and motive behind founding ‘Darklight Recordings’?

Fedde Le Grand – I had a label with Funkerman before called Flamingo Recordings, but we couldn’t agree on what direction to go with it so we both decided to do a label next to it. But, over time this became my new pride and joy so Darklight is now my main focus and I’m super proud of all the artists we have in our family. And we have a sound altogether to be proud of.

Varun – Can you tell us one artist you would like to collaborate with outside the dance music space?

Varun – Given the social media bubble that we’re currently in, how important do you think social media is for an upcoming DJ/Artist to promote his/her music? What is one tip you give an upcoming artist to help get their music out there, vis a vis social media?

Fedde Le Grand – Mmhh that’s a tough one… it’s super important to have your presence on socials so you can do all kinds of tricks and interesting posts to get your following up. But I think in the end it always comes down to making good music and giving good shows, and you will be noticed in the end.

If I sign a track from an artist, I never check any streams or socials. A track is good or not, and that’s it for me. Besides, you also want to make sure that what you portray it to be on social media is what the people actually get when they see you live.

Varun – Can you tell us the top 3 records on your playlist that have been on repeat, most recently?

Fedde Le Grand – OMG I change all the time and it’s all completely different stuff… so, ready?

Varun – What’s next for Fedde Le Grand in terms of new music and releases?

Fedde Le Grand – So, “Losing Control” just came out and as I mentioned the poppy-vocal tracks will come very soon. My upcoming release is with Love Harder and will be released on July 23rd.

And, on August 13th, my very special project will be released on Universal. Can’t wait to share this one. Trust me, a lot of Fedde Le Grand music is coming…