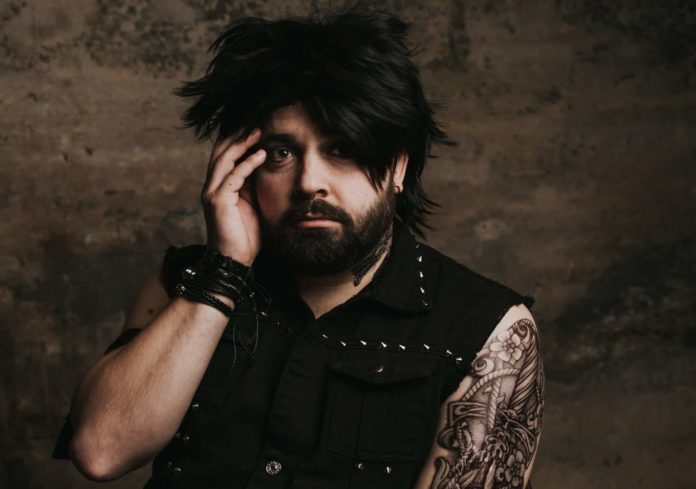 Viral TikTok phenomenon and DJ/producer HEYZ returned to the release radar with ‘Who Is HEYZ’ EP.

The 5-track offering marks the musician’s debut EP on Zeds Dead’s Deadbeats imprint and also serves as his most crucially poignant release to-date.

We caught up HEYZ, to learn more about how the EP came about, and what fans can expect from it.

Pavan – Welcome Mike, to T.H.E – Interviews! It’s fantastic to be having this conversation about your music and more. Let’s start off on a lighter note – what’s the difference between HEYZ the Tik Tok star vs HEYZ the producer who just released his first EP?

HEYZ – Good question! I’m trying to intertwine the two more and more each day. However, I guess “Heyz the producer” is a much bigger nerd who sits at the computer not talking for 10 hours straight making music while Tik Tok star HEYZ just goes throughout his day being a total goof. BUT it’s all me baby and all a part of who I am. HEYZ is HEYZ.

Pavan – “Who is HEYZ’, your first EP ever is now out. So, who is HEYZ, what can we expect from this debut EP? Tell us more.

HEYZ – I think it’s the best music I’ve ever made so that’s a good start when it comes to telling peeps who “HEYZ” is. It also is the start of what will be a more consistent sound for me, I’m going to stick to the Dubstep lane for a while and do that with Deadbeats. It also shows people that I’m a goofy idiot when people see me dressed up as a emo punk rocker, a cowboy, a gimp, and a 90s raver for the branding. I also wanted to call it “Who Is HEYZ” because I have this massive audience on Tiktok for comedy, most of which don’t even know I’m a music producer. So people newly discovering me might be thinking “what exactly does this dude do?” Well damnit, I make music, I DJ, and I try to make people laugh. Above all, I want to make people’s day a bit brighter, whether that be through music, comedy, or both…that’s who “HEYZ” is.

HEYZ – I’m always going to try and do something really unique when it comes to the HEYZ visual experience. Have I fully figured of the next evolution of it yet? No. BUT, I have it all there sitting in my head and it’s just a fun, funny, whimsical universe where anything can happen. I want people to be at my shows and say “wtf is going on” but be having the absolute time of their life. I want to blow people away.

Pavan – There are 5 tracks in this EP. Would be great to hear from you, a bit about each one of them.

HEYZ – Anyway, kicks off the EP in an awesome way. You got a catchy vocal hook, euphoric intro and breakdown and the drops pack a huge energetic punch. It’s like a wall of sound hitting you. Fleeting is a bit more of a spacious track. The drops throw listeners for a spin after hearing the more melodic intro. The breakdown after the first drop is one of my favorite moments from the EP. It’s a big trancy, hands-in-the-air, moment that makes a really cool juxtaposition into the second drop. Body Language is a weird, sexy, slower track that would be the perfect backing to like a zombie apocalypse stripper scene in a movie lol. Wildheart has a cool “rocky” intro. I can just imagine a dude hitting those big power chords on an electric guitar in an arena somewhere. The drops are super full of life and it’s just a fun track overall. Just Friends is a HIT. Amazing vocals from Taylor and just one of my favorite songs I’ve ever made all together.

Pavan – How has the past year been for you personally and how has that inspired in the making of this music?

HEYZ – It has actually been really good and I’m grateful for that. It’s allowed me to really work on my brand and figure out who I want to be. I was able to grow my online presence a lot and grow the HEYZ project in general a lot. I have more opportunities now than ever. It also gave me more time to learn more music production techniques and become a better mix engineer. I have more clarity on what type of music I want to make moving forward.

Pavan – What can we look forward to from HEYZ in the upcoming year?

HEYZ – Some really big remixes coming up over the summer! Also my first real festival debut at Electric Zoo in September and hopefully a lot more shows. More goofiness for sure and just more good vibes!