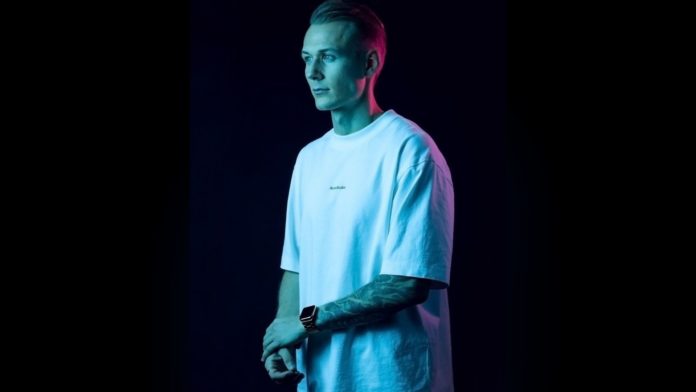 We caught up with the prodigious artist to learn more about his musical influences, his dream collaborators and a lot more!

T.H.E – First of all, how old are you and where are you from?

Hogland – I’m born in 1997, so I turned 24 in March and I come from Stockholm, Sweden,
T.H.E – For how long have you been producing music and why did you start?
Hogland – I’ve been producing music since 2011-2012, so it’s approximately 10 years now but I’ve been producing seriously for 5-6 years. However, I graduated from the university last year so I’ve only had this as my full time job for a year now. I started producing because house music made me feel something that no other genre had made me feel.
I still remember the feeling Avicii’s – Levels gave me when I first heard it and I wanted to be able to spread that feeling with my own music.

T.H.E – Which artists inspires you?

Hogland – There are a lot of different artists that has inspired me, but for the ones that has listened to my music I think it’s clear that Avicii has affected and inspired me the most.
Other than Avicii, I tend to listen to everything that is very melodic. As long as it has a catchy melody, I’ll listen to it.
However, since I produce music everyday it’s nice to listen to other genres from time to time which tends to be Swedish or American hiphop.
T.H.E – What are your plans for this year, new music coming?
Hogland – My plans for this year is to release more music than ever before.
I really can’t wait for all of the songs to be released and I’ve never been this excited before!

Hogland – I can’t complain about my life right now.  I’m a fulltime producer, which has been my dream for a long time, but obviously I have a bunch of different goals within my music career.
My main goal within the next 5 years is to be able to travel the world with my music, playing shows in different clubs and festivals as well as developing the Hogland brand.
T.H.E – How has corona affected you and your career?
Hogland – This pandemic affected me in a lot of different ways. I was just about to start playing festivals and clubs when Corona hit. So instead of graduating from the university and then play different shows in Europe, I graduated and went straight back to the studio.
However, this gave me time to really develop my producer- and song-writing-skills and that’s why I can’t wait to show everyone my new music.
T.H.E – What’s the best show you?ve played so far?
Hogland – My best show so far is when I got the opportunity to fly out to Philadelphia and warm up for Kygo at his show. My first show in the states is something I’ll never forget. Hopefully I’ll have a new answer in a year, if the situation in the world changes.
T.H.E – How do you usually come up with ideas for new songs?
Hogland – This process changes from time to time, but it has been quite similar for all of the songs I’m about to release this year. It usually starts in a session, with me and a songwriter where we show each other the ideas we have, different melodies or different lyrics. The next step from there is just to keep on building, producing and recording the song, asking others for feedback and so on until the demo is done.
It’s complicated to describe in detail how we finish up the process since it changes depending on the song, but that’s at least how a lot of the songs start.
T.H.E – Dream-collaborations?
Hogland – Oh that’s a good question, there are too many.
But if I have to choose 5 dream-collaborators from the top of my mind it would be: Ed Sheeran, Lewis Capaldi, Sandro Cavazza, Swedish House Mafia and Kygo.

What are you up to when you?re not in the studio?

Hogland – When I’m not in the studio I’m usually at the gym, working out and just clearing my mind. It’s a perfect spot to get new ideas for songs to be honest. I also play a bit of video games such as Call Of Duty when I have extra time.
I love sports as well so I like to watch when my favourite teams Djurgårdens IF, Liverpool FC and Green Bay Packers play games.